'The Hustle' is funny for one viewing - Ashley's Review 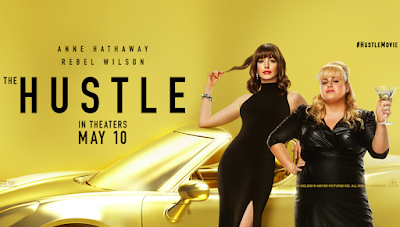 Read Ashley's review of The Hustle. In the hilarious new comedy THE HUSTLE, Anne Hathaway and Rebel Wilson star as female scam artists, one low rent and the other high class, who team up to take down the dirty rotten men who have wronged them. 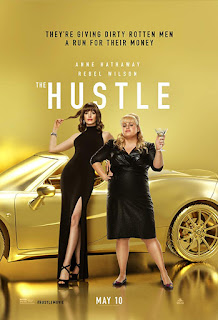 The Hustle is about two con-artists, Penny Rust (Rebel Wilson) and Josephine Chesterfield (Anne Hathaway). The two are on completely different levels of conning yet they end up in a small, rich town in France. The area is not big enough for both of the swindlers so they make a wager to win the town. Can the Hustle make audiences laugh or are the cliches too much to handle?

Since this is a gender-reversed remake of Bedtime Story and Dirty Rotten Scoundrels, it has some big shoes to fill. Instead of going for original laughs it uses cliches that are overbearing at first but eventually find the right pacing. The jokes are mainly at the expense of Penny Rust which gets old pretty fast but still is enough to produce at least a few chuckles if not full out laughter.

The plot is very dull and does not bring anything new to the picture. Wilson and Hathaway play their typical role of quirky and elegant respectively. There is nothing new to see here but somehow it still works at putting together a movie that it funny enough to watch at least once.

The Hustle shows that if something is not broken, do not fix it. The actresses are playing roles you have watched them in several times before but this time it comes at the expense of a heist for your time.