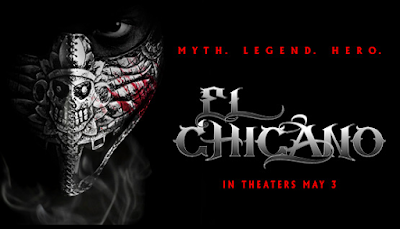 Read Jazzlynn's review of El Chicano. When L.A.P.D. Detective Diego Hernandez is assigned a career-making case investigating a vicious cartel, he uncovers links to his brother's supposed suicide and a turf battle that's about to swallow his neighborhood. Torn between playing by the book and seeking justice, he resurrects the masked street legend El Chicano. Now, out to take down his childhood buddy turned gang boss, he sets off a bloody war to defend his city and avenge his brother's murder. 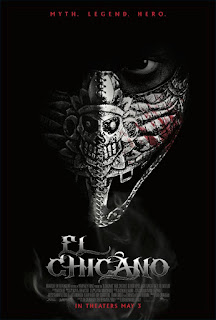 El Chicano brings a more realistic and very human approach to the “superhero” table. It’s a movie that punches you right in the heart and then uppercuts you. Although I’m not familiar with any legends that may surround the plot, I did thoroughly enjoy the movie. It felt real in the sense that this is something that could happen anywhere and that real people may take things into their own hands. The acting and emotion given by the cast was beyond what I was expecting. The humor was given off at the right times to alleviate tension but not completely mask it.

I would honestly prefer this as a TV show rather than a movie with a suspected sequel. The majority of the plot would be better explained or executed if it wasn’t constrained to a two hour time mark. The movie was done well with what they were given and I hope that this inspires more filmmakers and studios to take a chance on what isn’t mainstream at the moment.