Cinetopia Film Festival is an annual, curated festival in Ann Arbor and metro and downtown Detroit, featuring more than 50 of the best feature-length dramas, comedies, and documentaries from the world’s best film festivals (Sundance, Cannes, Venice, Toronto, Berlin, SXSW, Tribeca, and more). It takes place over the span of 10 days every spring at venues throughout the region.

See below on the Top 5 films that I am looking forward to viewing.
Click Here for Festival Tickets. Before You Know It 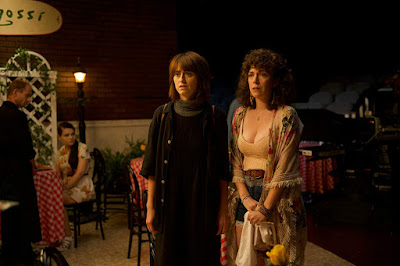 Stage manager Rachel Gurner still lives in her childhood apartment—along with her off-kilter actress sister, Jackie; eccentric playwright father Mel; and deadpan preteen niece Dodge—above the tiny theatre they own and operate. Level-headed and turtleneck-wearing Rachel is the only thing standing between her family and utter chaos. Then, in the wake of a sudden family tragedy, Rachel and Jackie learn their presumed-deceased mother is actually alive and thriving as a soap-opera star. Now the sisters’ already-precarious balance turns upside down, and Rachel must figure out how to liberate herself from this surreal imbroglio. Wild Rose

Rose-Lynn Harlan, played by BAFTA Rising Star nominee JESSIE BUCKLEY (Beast), is bursting with raw talent, charisma and cheek. Fresh out of jail and with two young kids, all she wants is to get out of Glasgow and make it as a country singer in Nashville. Her mum Marion (JULIE WALTERS) has had a bellyful of Rose-Lynn’s Nashville nonsense. Forced to take responsibility, Rose-Lynn gets a cleaning job, only to find an unlikely champion in the middle-class lady of the house (SOPHIE OKONEDO). Directed by TOM HARPER, Wild Rose is an uplifting story with an original soundtrack about family, dreams and reality, and three chords and the truth. The That Follow 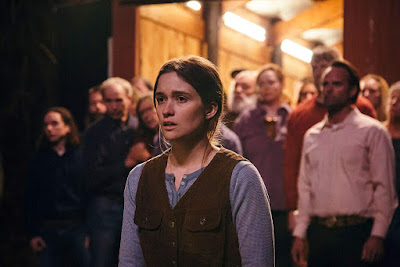 Snake handlers are spiritual renegades belonging to an obscure sect of American Pentecostalism: part of a century-old tradition of worshipping with venomous snakes during church services. Seeing themselves as the vanguards of salvation in a morally bankrupt world, believers put their lives on the line, each and every week, to prove themselves before God. Set deep in the hills of Appalachia, Them That Follow explores this unseen way of life—telling the story of a pastor’s daughter whose forbidden relationship forces her to confront the dangerous traditions of her father’s church. Featuring Olivia Colman and Jim Gaffigan. To The Stars 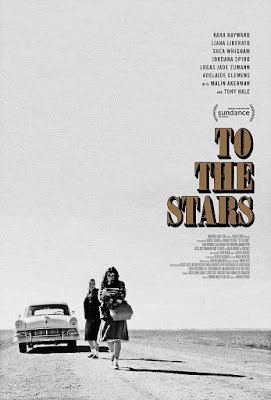 In a god-fearing small town in 1960s Oklahoma, bespectacled and reclusive teen Iris endures the booze-induced antics of her mother and daily doses of bullying from her classmates. She finds solace in Maggie, the charismatic and enigmatic new girl at school, who hones in on Iris’s untapped potential and coaxes her out of her shell. When Maggie’s mysterious past can no longer be suppressed, the tiny community is thrown into a state of panic, leaving Maggie to take potentially drastic measures and inciting Iris to stand up for her friend and herself. MARTHA STEPHENS directs this period piece with flair, utilizing classic black-and-white landscape cinematography to create an aesthetic feast. Bite Me

Bite Me is a subversive romantic comedy about a real-life vampire and the IRS agent who audits her. Set in modern-day New York City, the film follows two, seemingly incompatible misfits as they struggle to break free from their identity crises and discover who they really are. The central tension and heart-warming joy of the film comes from watching these two outsiders surrender to the terrifying act of falling in love. Bite Me is a love song to the unsung weirdos of our generation. Are there any films you're interested in? Comment them below!