'Us' Get Out And See Jordan Peele’s New Horror Film! - Nikki's Review 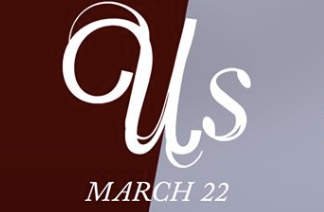 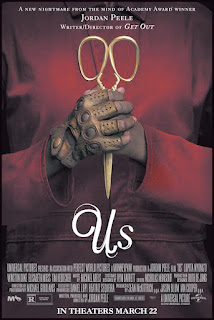 
Jordan Peele is back and set his own bar incredibly high after his debut ‘Get Out.’ I, like many others, were very excited to hear he was making yet another film, and after watching the ‘Us’ trailer, I was terrified and excited at the same time. I didn’t know what to expect. I’m so happy to say that Jordan Peele did yet another amazing job! This movie is definitely more horror than thriller, so please be cautious if you have a faint heart!

The film begins with young Adelaide Wilson (Madison Curry) in 1986, wandering off from her parents into a house of mirrors on the Santa Cruz boardwalk. When she encounters what seems to be her reflection, she is changed forever. Flash forward to present day California adult Adelaide (Lupita Nyong’o) is now a wife and mother to two children. Her and her husband Gabe (Winston Duke), daughter Zora (Shahadi Wright), and son Jason (Evan Alex) are on their annual family vacation to their summer home. This time however, Adelaide seems uneasy and nervous for this specific trip. Soon enough the terror begins. The first night in their vacation home, they are encountered by a family that looks just like them. This is when the terror begins for the loving family.

Jordan Peele crafted a brilliant story that managed to get under my skin. He really is the new face of horror and thriller and I’m so excited to see his future projects, such as The Twilight Zone series. I loved a lot about the movie including the camera work and especially the score. There was a certain seen near the end that I can’t stop thinking about because it was such an amazing shot. This scene I’m referring to is the one with the ‘I Got 5 On It (Tethered Mix)’ flashing back to Adelaide ballet dancing (creepy but so well done).

The movie was funny but not the over-the-top funny. It was funny when it needed to be, aka when it was getting too creepy for me and I was close to shutting my eyes. Lupita really deserves an oscar and all the praise for this film. She was outstanding. Her acting felt so raw, while her expressions throughout creeped me out. She will definitely leave your jaws dropped when you see her performance.

There is violence, gore and sometimes disturbing, you’ve been warned. There were times where it was hard to watch, not that it was super violent and bloody, but just by it being pretty intense. Which goes to me saying that I also like how Jordan Peele understands that horror movies aren’t just for slashing and gore, it’s about telling a story about characters and making the audience close their eyes because they feel like they’re in danger-not because someone is literally getting cut open.

This film has a lot of messages and will definitely leave you with many questions. I will be going back to the theatre this weekend to re-watch it because of those reasons along with watching from a different perspective.

“Therefore thus saith the Lord, Behold, I will bring evil upon them, which they shall not be able to escape; and though they shall cry unto me, I will not hearken unto them.” -Jeremiah 11:11 King James Version (KJV)

Remember this verse as you watch this film, it is important! I looked it up as soon as I left the theatre-you’re welcome!