Enter to Win The Favourite on Bluray! 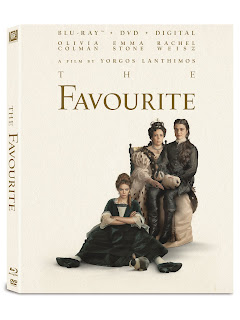 The Favourite has been one of the most critically-acclaimed films of the year. It has received numerous awards including The Venice Film Festivals’ Grand Special Jury Prize for Director Yorgos Lanthimos, 10 wins at the British Independent Film Awards, selected as AFI’s 2018 Movie of the Year and a Golden Globe® for Olivia Colman’s performance as Queen Anne. The film has also nabbed 10 Academy Award® nominations including Best Picture, Best Actress, Best Director, Best Supporting Actress and Best Original Screenplay.