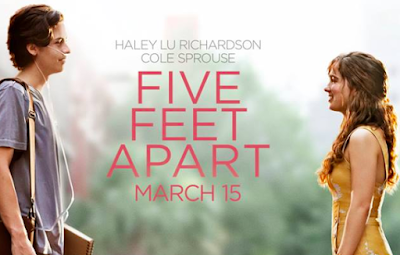 Read Marisa's review ofFive Feet Apart. Stella Grant (Haley Lu Richardson) is every bit a seventeen-year-old… she’s attached to her laptop and loves her best friends. But unlike most teenagers, she spends much of her time living in a hospital as a cystic fibrosis patient. Her life is full of routines, boundaries and self-control – all of which is put to the test when she meets an impossibly charming fellow patient named Will Newman (Cole Sprouse). There’s an instant flirtation, though restrictions dictate that they must maintain a safe distance between them. As their connection intensifies, so does the temptation to throw the rules out the window and embrace that attraction. Further complicating matters is Will’s potentially dangerous rebellion against his ongoing medical treatment. Stella gradually inspires Will to live life to the fullest, but can she ultimately save the person she loves when even a single touch is off limits? 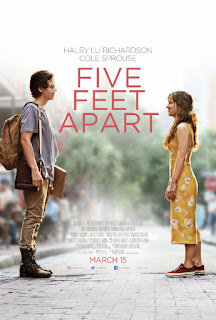 
Stella Grant (Haley Lu Richardson) is seventeen going on... well, just the next day as she lives with cystic fibrosis. She is every bit the teenager she can be while also spending a lot of time living in a hospital. She has her friends and dreams outside of being a patient, but the routines and restrictions limit her all the same. While living in the hospital, she meets the ever-charming and slightly broody Will Newman (Cole Sprouse). Even though there is an instant romantic connection between the two, they are bound by CF to remain six feet apart at all times as CF patients. There is as much temptation to break the rules and get physically closer as their connection intensifies, but also inspiration to do better as Will gains the motivation to live his life fuller by actually putting self-control and effort into his own treatment. There is the ever question of living for the treatment or treating the CF to live a fuller life, that is, if the two can resist the temptation to live without that touch.

This is a very cliché, teenie bopper film that will need tissues, but you know that getting into it. Haley Lu Richardson (Edge of Seventeen, Split) is a wonderful lead and really carries the film through the slower bits, and the cast that you grow closer to in the hospital really make you feel close to the tight-nit community within the hospital. Kimberly Herbert Gregory plays Barb, a dedicated nurse with a lot of tough love. She brings along laughs and tears through this emotional rollercoaster, as well as a healthy dose of reality as logic gets thrown out the window by the CF patients at times. Moises Arias is cute as ever as Poe, one of Stella's best friends and fellow CF-er, from their long stays in the hospital growing up.

Directed by Justin Baldoni and written by Mikki Daughtry and Tobias Iaconis, things get a bit muddled up together along the way and does not really give the audience anything new. The twists and turns to turn the drama up twenty notches fell a bit flat and made me more frustrated than anything, but the build up was sweet between Sprouse and Richardson. Their natural charm hard work saves some of the clunky dialogue and typical tropes. This is a great flick to watch with friends to just simply enjoy the teenage feels and cry it out, or snuggled up with a laptop and some comfort food. This isn’t The Fault in Our Stars, but close enough if you’re in the mood! 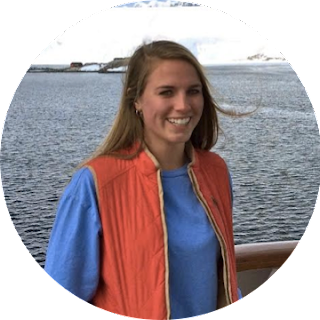 Marisa (Contributor) is a Maryland native who currently works in New York City. She is an avid Auburn Tigers fan and enjoys traveling around the world. Her hobbies include movies, going to just about any type of sporting event, live music, and playing with her husky and pug.
Click Here to check out Marisa's Articles.
Posted: March 15, 2019
Labels: MarisaGrimes19, Reviews19
Newer Post Older Post
Subscribe to: Post Comments (Atom)
Subscribe to Mind on Movies for Movie Screenings and Giveaways.