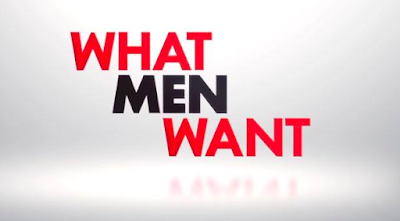 Read Ashley B's review of What Men Want. Ali Davis (Taraji P. Henson) is a successful sports agent who’s constantly boxed out by her male colleagues. When Ali is passed up for a well-deserved promotion, she questions what else she needs to do to succeed in a man’s world... until she gains the ability to hear men’s thoughts! With her newfound power, Ali looks to outsmart her colleagues as she races to sign the next basketball superstar, but the lengths she has to go to will put her relationship with her best friends and a potential new love interest (Aldis Hodge) to the test. 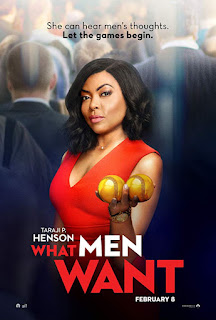 What Men Want is the comedy following the model of the 2000 film What Women Want but this time with a female lead. Ali Davis (Taraji P. Henson) gets the power to get into men’s thoughts after she feels boxed out by her male dominated sport agent career. Can this romantic comedy give people the laughs they want?

The movie starts off with a few chuckles here and there but once it takes off on the comedy trail, it does not stop. There were several scenes where the laughs were non-stop which is something I have not witnessed in a while from a comedy.

The plot was average but still enough to drive forward a story worth following. It delivered laughs, drama and romance in a way that was both cliche and engaging at the same time. Taraji P. Henson really brought out some of her best funny moments in this movie. Her character pushed forward an empowering message underneath all of the comedy which is rare for romantic comedies.

If you are looking for a modern rom-com to watch during the month of love around Valentine’s Day then I recommend this movie. The idea of being able to get in the opposite sex’s head is nothing new but the laughs provided were something to be wanted.