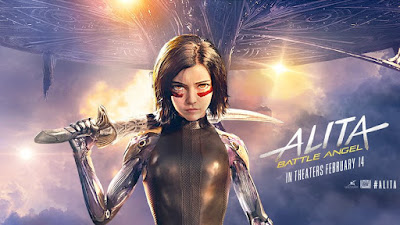 Read Jazzlynn's review of Alita: Battle Angel. From visionary filmmakers James Cameron (AVATAR) and Robert Rodriguez (SIN CITY), comes ALITA: BATTLE ANGEL, an epic adventure of hope and empowerment. When Alita (Rosa Salazar) awakens with no memory of who she is in a future world she does not recognize, she is taken in by Ido (Christoph Waltz), a compassionate doctor who realizes that somewhere in this abandoned cyborg shell is the heart and soul of a young woman with an extraordinary past. As Alita learns to navigate her new life and the treacherous streets of Iron City, Ido tries to shield her from her mysterious history while her street-smart new friend Hugo (Keean Johnson) offers instead to help trigger her memories. But it is only when the deadly and corrupt forces that run the city come after Alita that she discovers a clue to her past – she has unique fighting abilities that those in power will stop at nothing to control. If she can stay out of their grasp, she could be the key to saving her friends, her family and the world she’s grown to love. 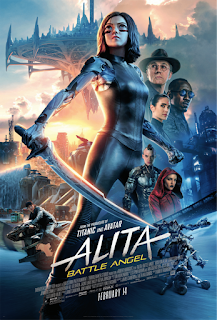 I was very eager to watch Alita: Battle Angel when I first heard about it. An awesome robot girl fighting her way through an almost cyberpunk like world? Tell me when and I am there! This movie had all of the potential to be one of the greats, and failed in many areas. I have two main issues with this movie: 1) A completely unnecessary love interest and 2) a wasted attempt for assuring people will want a sequel. The side characters were poorly written and gave you a rushed reason as to why you should want to see them live.

The scenes where they were interacting with Alita were good, but only put two side characters in the conversation and it’s a disappointment. This movie is honestly only good to be seen in theatres for the sole purpose of the animation. The animation is so spectacular and mesmerizing, that it deserves to be seen on the highest quality screens available. The story, however, does not.