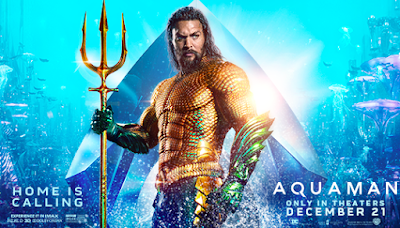 Read HoBin's review of Aquaman. From Warner Bros. Pictures and director James Wan comes an action-packed adventure that spans the vast, visually breathtaking underwater world of the seven seas, “Aquaman,” starring Jason Momoa in the title role. The film reveals the origin story of half-human, half-Atlantean Arthur Curry and takes him on the journey of his lifetime—one that will not only force him to face who he really is, but to discover if he is worthy of who he was born to be…a king. 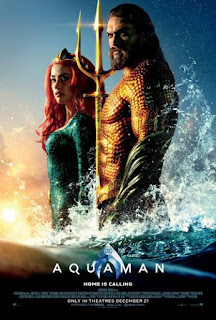 Aquaman was the one of the most anticipated movie in 2018 winter season, and it carries on the future of DCEU. As the result, Jame Wann, the director of this film (also director of Fast and Furious 7 and creator of Conjuring Universe) did it! This movie was fun and especially visually stunning!

The CGI and graphic visual of the Atlantis was jaw dropping and scenes from Italy Sicily island was beautiful. Over two hours, movie runs with non-stop action packed and CGI so you will never be bored. Of course this movie’s plot/storyline is very simple, tone is lighter than any other DCEU movies. Sometimes movie felt very silly when Atlantean ride on Great White Sharks, or firing laser beam, but actually, I think director and producer embrace this kind of crude, childish, cheesiness and silliness tone. Yes in general DC has very dark and deep tone like the Dark Knight (Batman) but Aquaman does not have to follow the Batman’s tone, and it actually worked to me.

During the run-time, I really enjoyed to explore Atlantis, and Aquaman universe. Overall performance of main character was great too. Jason Momoa showed fantastic performance as Aquaman, and I cannot think any other actor is Aruthor other then Jason Momoa. One thing that I really liked was chemistry between Author and Merra. They showed really great chemistry each other also Merra is not just one depending female cliché character but she is very proactive and powerful character who has goal, motivation, and power.

Overall I really enjoyed this movie and hopefully DCEU rise up again.

HoBin (Contributor) currently works in Baltimore. He has been a fan of movies most of his life. He enjoys all genre's of movies but especially Action Thriller with Drama. He also enjoys playing/watching tennis.
Click Here to check out HoBin's Articles.
Posted: December 20, 2018
Labels: HoBinKim18, Reviews18
Newer Post Older Post
Subscribe to: Post Comments (Atom)
New Reviews