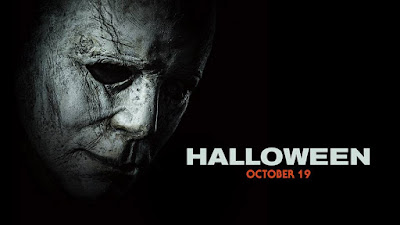 Read Ashley B's review of Halloween. Jamie Lee Curtis returns to her iconic role as Laurie Strode, who comes to her final confrontation with Michael Myers, the masked figure who has haunted her since she narrowly escaped his killing spree on Halloween night four decades ago. 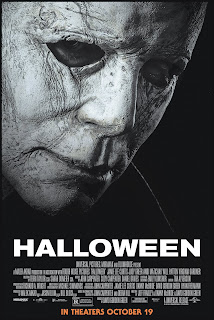 Halloween comes after Michael Myers escapes from the mental facility he has been held in for the past 40 years. Prepared for his possible escape, Laurie (Jamie Lee Curtis) has become obsessed with the idea of the event so a suspenseful Halloween night ensues. Can this classic horror series withstand the test of time or is it time for this slasher to be laid to rest?

This Halloween picks up from the original so if you have not watched any of the sequels in between you will be fine. Even if you have not watched the the first one they do a great job of not leaving out the main details that you need to know. They even poke fun at the lead off storylines from the sequels to make sure viewers stay on track from the original.

This is most likely because the creator John Carpenter is one of the executive producers. I feel like this helps because he knows what the audience wants. Michael Myers does not change from the creepy, lurking serial killer that people know from 1978 and it still works 40 years later. People throughout the theater jumped at several scenes, talked to the screen at others and even let out a scream which means that Halloween did its job.

Most of the movie is a tribute to old school horror movies. It has all the pieces of a slasher film and does not lack in the killings. Like most horror movies from that time it is mostly predictable which is not necessarily a bad thing. Most of the scenes I was able to figure out but for the ones that I wasn’t, it made them even more enjoyable.

By no means is this Halloween going to be a classic but it is an enjoyable slasher movie. If you are a fan of the series and want to know how everything continues on from the first movie then I do not think you will be disappointed.