'Brampton's Own' reminds you to smell the roses - Kelsi's Review 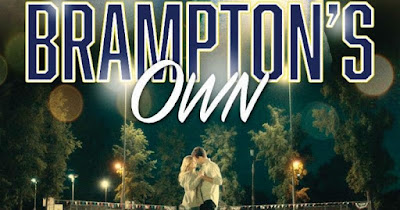 Read Kelsi's review of Brampton's Own. After 12 years of withstanding the rigors of minor league baseball in hopes of making it to the big leagues, Dustin Kimmel has decided to call it a career and return to his small hometown where he was once a celebrated athlete. Dustin discovers much has changed since he's last been back as he struggles to fit in. His old friends have started families, his ex-girlfriend is now engaged, his mom is selling his childhood home and moving in with her new boyfriend, and the only person who wants to hang out with Dustin is Gavin, a 40-year-old Brampton lifer who still wears his varsity football letterman jacket around town. Having neglected to prepare for life after baseball, Dustin's trip home forces him to confront the very decisions that led to his current purposeless state. 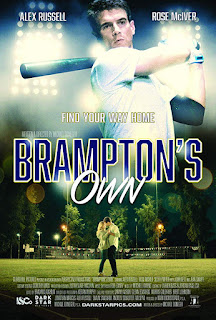 Ah, the one that got away. Not just the woman though, but the dream job too. Struggling to make it big in the MiLB, Dustin (Alex Russell) loses track of the personal life he once had. Distancing himself from the ones he loved all for the job he loves. After a bout of unsuccessfulness, Dustin’s mother (Jean Smart) decides it’s time for Dustin to come back home to Brampton. Brampton, the small hometown where it all started for Dustin, is still hopeful that one of their own will “make it big.” That being said, the town relies on the fulfillment of some of their own hopes and dreams to be achieved through Dustin’s possible success.

Once back home, Dustin realizes all of the friends and family that he has neglected while on his journey for success. Attempting to get in touch with an old girlfriend, he fears he may be too late. On the other hand if given a second chance, at both the woman that got away and the dream job, which will he chose this time? That is for you to find out while delving into the life of Brampton’s Own, Dustin Kimmel.

I really enjoyed this film, as it reminds you to stop and smell the roses. While sometimes getting caught up in the speed of things it is important you recognize what you have in the now. Rather than dwell upon what has yet to come, even if things don’t go as planned. This was a very sweet movie and I will definitely be recommending it to friends.