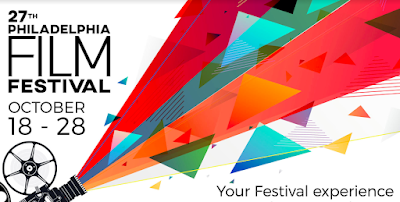 The 27th Philadelphia Film Festival runs from October 18-28th.
Every October, the Philadelphia Film Society hosts the Philadelphia Film Festival which gathers more than 25,000 dedicated film lovers and scores of talented filmmakers for eleven exceptional days of cinematic splendor. Throughout the year, PFS’s artistic team scours the world’s most prestigious film festivals – from Sundance to Berlin, Cannes to Toronto – for the year’s most highly anticipated, critically acclaimed, and thought provoking films. The Festival presents these films alongside exclusive events with actors, directors, and industry guests; VIP receptions; and much more that highlights Philadelphia as a place where film is flourishing. Shoplifters - Dir. Hirokazu Kore-eda
A family of small-time crooks take in a child they find on the street. The Favourite - Dir. Yorgos Lanthimos
In early 18th century England, a frail Queen Anne (Colman) occupies the throne and her close friend Lady Sarah (Weisz) governs the country in her stead. When a new servant Abigail (Stone) arrives, her charm endears her to Sarah. If Beale Street Could Talk - Dir. Barry Jenkins
A woman in Harlem desperately scrambles to prove her fiancé innocent of a crime while carrying their first child. Roma - Dir. Alfonso Cuaron
A story that chronicles a year in the life of a middle-class family in Mexico City in the early 1970s. Everybody Knows - Dir. Asghar Farhadi
Laura, a Spanish woman living in Buenos Aires, returns to her hometown outside Madrid with her two children to attend her sister's wedding. However, the trip is upset by unexpected events that bring secrets into the open. 11 Days. 100+ Films. Made for Philly.
October 18-28th, 2018
Learn more about PFF27 HERE
*All synopses provided by the Philadelphia Film Festival program.