Read Anthony's review of SmallFoot. An animated adventure for all ages, with an all-star cast and original music, “Smallfoot” turns a myth upside down when a bright young yeti finds something he thought didn’t exist—a human. 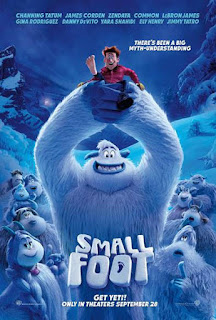