Read Billy's review of Blindspotting. Lifelong friends Daveed Diggs and Miles (Rafael Casal) co-wrote and star in this timely and wildly entertaining story about the intersection of race and class, set against the backdrop of a rapidly gentrifying Oakland. 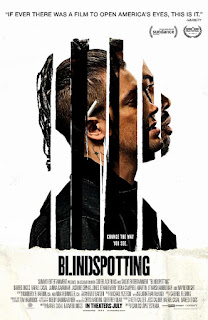