Mind on Movies wants to share with you our thoughts on the nominations for the Golden Globes. 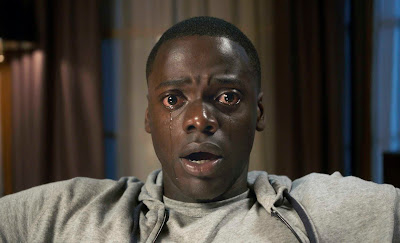 If Alfre Woodard weren't such a fine actor, the smile on her face when she read Get Out under the Best Motion Picture Comedy or Musical category would have been far more telling.

Now, I've thought long and hard about this, and -- at least in my recollection -- there were no musical numbers in Get Out, but well sink into that a bit more later.

Let me preface this by telling you that we're here to talk about the film nominees, not television. Mainly because your girl doesn't watch any television. Shout out to Issa Rae for Insecure and Aziz Ansari for Master of None, though! 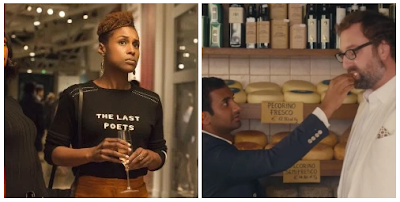 Best Picture – Drama:
“Call Me by Your Name”
“Dunkirk”
“The Post”
“The Shape of Water”
“Three Billboards Outside Ebbing, Missouri”

Best Picture – Comedy or Musical:
“The Disaster Artist”
“Get Out”
“The Greatest Showman”
“I, Tonya”
“Lady Bird”

Writer/Director Jordan Peele has already addressed the idea that his film, Get Out, was not nominated for best picture in the correct category. This is only one of the many, many errors that the Hollywood Foreign Press Association made with these nominations. Get Out was not only shorted on nods, but should have been nominated in the Drama category.

It almost seems as though they felt they had to include Get Out and didn't know where to put it. No shade to Spielberg, Streep, or Hanks, but I feel that The Post and Get Out could easily switch places. The Post has Bob Odenkirk and David Cross. Forgive me for my unnecessary and blatant typecasting, but I'm willing to bet that The Post is funnier than Get Out.

Best Performance by an Actress in a Motion Picture – Drama:
Jessica Chastain, “Molly’s Game”
Sally Hawkins, “The Shape of Water”
Frances McDormand, “Three Billboards Outside Ebbing, Missouri”
Meryl Streep, “The Post”
Michelle Williams, “All the Money in the World”

Best Performance by an Actor in a Motion Picture – Musical or Comedy:
Steve Carell, “Battle of the Sexes”
Ansel Elgort, “Baby Driver”
James Franco, “The Disaster Artist”
Hugh Jackman, “The Greatest Showman”
Daniel Kaluuya, “Get Out”

Best Performance by an Actor in a Supporting Role in a Motion Picture:
Willem Dafoe, “The Florida Project”
Armie Hammer, “Call Me by Your Name”
Richard Jenkins, “The Shape of Water”
Christopher Plummer, “All the Money in the World”
Sam Rockwell, “Three Billboards Outside Ebbing, Missouri”

Looking over the Actor/Actress categories, we've got 30 nominees in total. Four of those actors aren't white. I don't want to disparage the fine work of the performers listed, but rather, implore the Hollywood Foreign Press Ass. to dig a bit deeper. 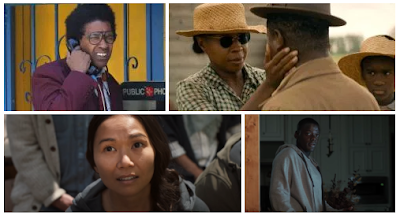 First off -- and I DO mean to harp on this -- Daniel Kaluuya's role in Get Out was not a funny one and I don't remember him singing. He was part of one of the most important films this decade and the HFP has diminished that by labeling the whole thing incorrectly. It's infuriating.

Animated films have seen a swift decline since the good old days. Forget how horribly flawed the subtext in most of the early Disney movies was, they were fire and we all know it. However, most of them were about damsels in distress which Disney then printed on every printable surface on the sun which is why I had Ariel sheets, apparel, and school supplies. 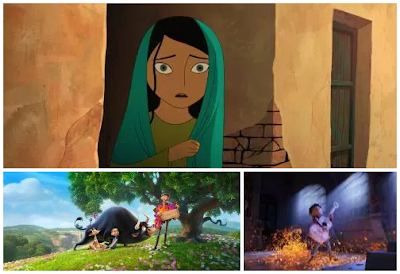 Mercifully, this category -- and the films that inhabit it -- have improved as of late. That's not to say that we haven't had better cartoons in the last couple of decades or so. I just love to see films with meaning and heritage. Ferdinand, The Breadwinner, and Coco are wonderful examples of those and each carries a rich message for our young viewers to latch onto and carry into the new generation.

Unlike yours truly who only wanted to turn into a mermaid and find a man. 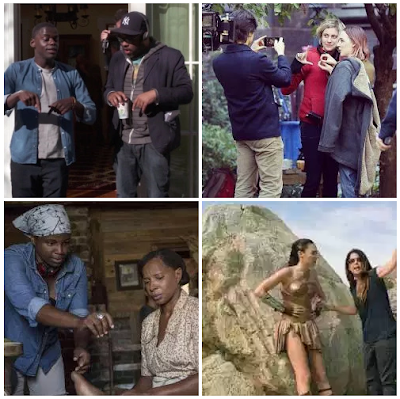 Dee Rees. Jordan Peele. Greta Gerwig. Some people would say Patty Jenkins -- director of Wonder Woman. I wouldn't, because I didn't care for the film. But what I'm getting at here is that there are options other than white men. I know, I know. Everybody's talking about that.

We always celebrate when people of color are nominated for things because it isn't commonplace. Remember #OscarsSoWhite? I'm picking up on a similar trend here. A critic friend of my said that the HFP is garbage and I'm beginning to think she's right.

I'm always a teensy bit confused when a screenwriter who also directed a film isn't nominated for both. I suppose there are criteria that vary in each category that I'm not considering. I'm mostly just upset that Gerwig isn't up there with the directors. And Peele was snubbed on both. Which is blows me away.

My Score opinions are often a bit outside the box, but I still think that Cliff Martinez has been robbed over and over again. Johann Johannsson won for The Theory of Everything at the Globes, but wasn't even nominated by the Academy. I also loved the wildly outlandish score Disasterpeace wrote for It Follows as well as Geoff Barrow and Ben Salisbury for their brilliant work on Ex_Machina, Black Mirror, and Free Fire.

Carter Burwell, Alexandre Desplat, John Williams, and Hans Zimmer are all very fine choices here, but I would have loved to have seen any of the following:

OH! And Bear McCreary for Rebel in the Rye. THE best part of that abomination.

In short, the Hollywood Foreign Press Association neglected so much talent this year. The top of my own personal list would John Caroll Lynch in his feature-length directorial debut, Lucky, and the star of the film, Harry Dean Stanton. Stanton -- legendary silver screen regular -- passed earlier this year, leaving behind Lucky as his final performance. Perfection.

A comprehensive list of nominees can be found here: https://www.goldenglobes.com/articles/nominations-75th-golden-globe-awards-have-been-announced

Please leave your thoughts and comments on these nominations, awards season, or any of the movies/actors/directors/scores/anything else you felt should have been nominated!