ALL THE MONEY IN THE WORLD Advance Screening Passes! 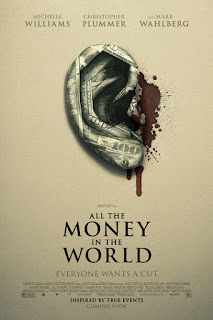