Battle of the Sexes - Review 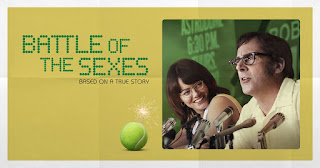 Read Mind on Movies review of Battle of the Sexes. Billie Jean King (Emma Stone) and ex-men's-champ and serial hustler Bobby Riggs (Steve Carell) was billed as the BATTLE OF THE SEXES and became one of the most watched televised sports events of all time. 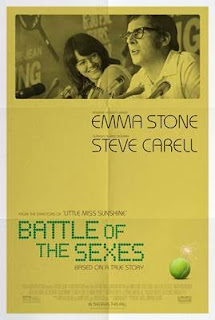