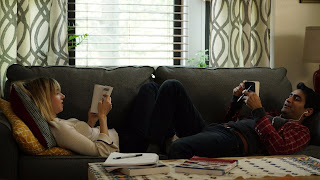 Two lovers face a test of their relationship when one suffers from a life-threatening illness, but the real test is whether The Big Sick will leave us lovesick. Although suffering from a long runtime, the comedian headliner provides enough freshness to make this romantic dark comedy a satisfying watch. After accidentally heckling a comedian during his standup routine, a comedian and the “heckler” end up falling for each other and eventually casually dating. However, the two are forced with navigating the cultural expectations of a Pakistani immigrant as he is being suited by a string of women hoping for an arranged marriage. Just as the relationship faces enough strain to potentially end it, the comedian’s lover winds up in a medically induced coma as doctors attempt to diagnose and fight a life-threatening illness.

The Big Sick winds up being a long but refreshing journey. The dialogue is witty, the jokes are funny, and the movie is largely unafraid of poking fun at some big topics ranging from death to racism to cultural identity. For a lighthearted romantic film, the movie is surprisingly able to navigate some big topics. It makes you consider some major themes without hitting you over the head with them. The film will certainly make you chuckle, and it may even make you cry. It is a funny and fun take on the genre. The characters are all endearing and everyone has their place. This is not a full-fledged comedy that will leave you in stitches, but it is charming and enchanting and lends plenty of romance and wit to make it stand out.

Despite the hilarity, The Big Sick does suffer from its runtime. As much as I loved the characters, some editing could have potentially improved the movie. With an almost two hour story, the movie almost feels like two different movies in one and the entire film isn’t as tight as it could have been, with some parts suffering from slow pacing.

Despite the runtime, The Big Sick will make you fall in love and feel loved with all the highs and lows that love entails. It is hilarious, dark, and surprisingly offers the viewer more than expected. At its heart, it is a great film for those who love romantic comedies and maybe even for a broader audience.