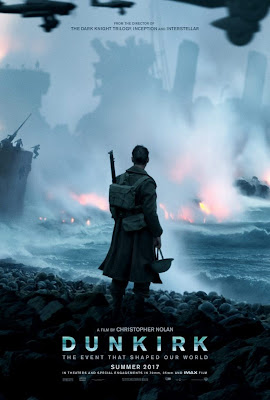 When 400,000 men couldn’t get home, home came for them. Warner Bros. Pictures will take audiences on a stunning journey into the action of Christopher Nolan’s upcoming film “Dunkirk” with an immersive presentation of the film’s acclaimed prologue. In advance of the film’s July 21st theatrical release, The Dunkirk Prologue Experience will give moviegoers a special preview of the epic action thriller.

In honor of the 77th Anniversary of the extraordinary event that inspired the film—which began on May 26, 1940—the cinetransformer is on a multi-city tour through the release of the film.

Fans will experience the presentation in a Cinetransformer featuring a Barco cinema projector, 15-foot screen, 87 stadium-style ButtKicker interactive seats, and 5.1 Dolby digital sound, putting audiences in the midst of one of the summer’s most anticipated films.

The tour is free and open to the public and will visit Philly as an official Welcome America event:
The Piazza at Schmidt's Commons
(1001 N. 2nd Street, Philadelphia, PA 19123)
Wednesday, June 28th from 2PM-9PM