Mind on Movies is very excited to announce that we are working with Twentieth Century Fox on the upcoming Blu-ray release of TABLE 19. 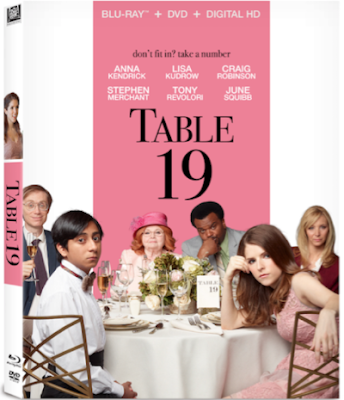 Academy Award® Nominee Anna Kendrick leads a hilarious ensemble cast—including Lisa Kudrow, Stephen Merchant and Craig Robinson—in this laugh-out-loud tale of mischief and matrimony. Relieved of her maid of honor duties after being dumped by the best man, Eloise (Kendrick) decides to attend her oldest friend’s wedding anyway and finds herself seated among random strangers in the back of the ballroom. As secrets are revealed, Eloise bonds with her new tablemates and discovers that friendships, and even romance, can develop under the most unlikely circumstances.