Review: Queen of the Desert 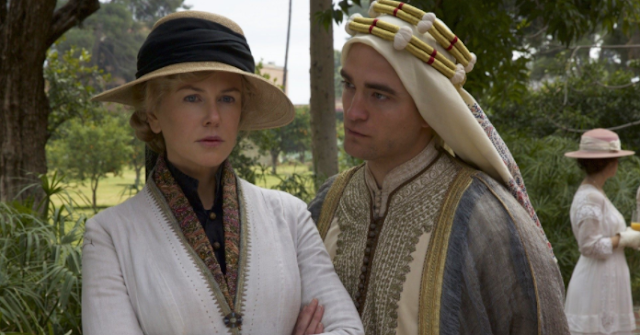 When you first read that Nicole Kidman is in this movie, you're probably thinking about Lion. Lion was one of those movies that got everyone talking about it, and everyone liked what they saw. So hearing her name again, this soon, you're thinking alright this will be a good movie, but let's slow down and look at this first.

I didn't actually hear anything about this movie, so I thought to include the synopsis below,
Gertrude Bell (Kidman) chafes against the stifling rigidity of life in turn-of-the-century England, leaving it behind for a chance to travel to Tehran. So begins her lifelong adventure across the Arab world, a journey marked by danger, a passionate affair with a British officer (James Franco), and an encounter with the legendary T.E. Lawrence (Robert Pattinson). Stunningly shot on location in Morocco and Jordan, Queen of the Desert reveals how an ahead-of-her-time woman shaped the course of history.

Nicole Kidman is good in the roll she plays, it's just a long slow boring roll. Maybe if they shorten the movie and added some action, the movie would have kept my interest.

Stay through the credits to see the real life footage of the real people.