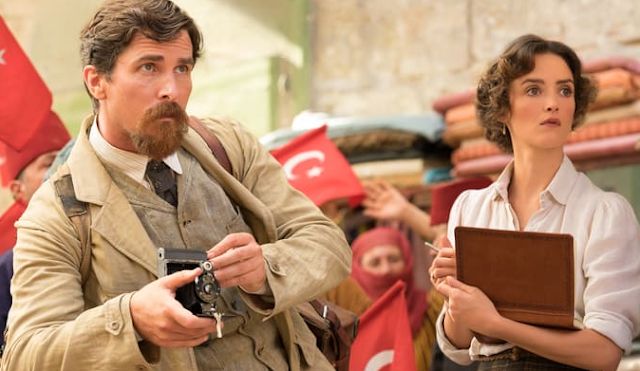 
The Promise is a romantic drama that takes place during World War 1.

It's a very drawn out movie but it does - for the most part focus on Oscar Issac's character, Miguel, and his love interest, Ana, played by Charlotte Le Bon. Another familiar face is Christian Bale who plays a journalist and Ana's long time boyfriend. The story tells the journey of these three to make it to safety and flee from Turkey. The movie gets a little bit ridiculous at times - but it's Hollywood so that's expected, and it's possible these things actually do happen in real life.

This movie was pretty heartbreaking to watch - I think this is a very important part of history and the persecution of the Armenian people is not one to be taken lightly. That being said - this had humor and some fun parts to break up the general feeling of sadness. I liked the movie and was invested in the characters and relationships. If you liked Hotel Rwanda I think you will enjoy this film as well.