Mind on Movies is very excited to announce that we are working with Fathom Events on DER ROSENKAVALIER, in selected theaters on Saturday, May 13th 12:30PM, to giveaway an admit two to select winners. 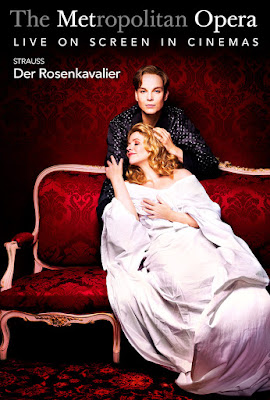 The Met’s first new production since 1969 of Strauss’s rich romantic masterpiece is conducted by Sebastian Weigle and directed by Robert Carsen, whose most recent Met production was the hit 2013 staging of Falstaff. Renée Fleming sings one of her signature roles as the Marschallin, opposite Elīna Garanča in her first North American performances as Octavian, the impulsive young title character. The cast also includes Günther Groissböck as Baron Ochs, Erin Morley as Sophie, Marcus Brück in his Met debut as Faninal and Matthew Polenzani as the Italian Singer. Der Rosenkavalier is a co-production with the Royal Opera House, Covent Garden and Teatro Regio di Torino.

Subscribe Here to join Mind on Movies Email List.
Disclaimer: Only one entry per mailing address per giveaway. The prize will be sent via FedEx/UPS or Email. No P.O. Boxes please. This contest is from Mind on Movies working with Fathom Events. The entries will be checked. You must do what it says on the widget option to enter to win.
Posted: May 09, 2017
Labels: Expired Contests
Newer Post Older Post
Subscribe to: Post Comments (Atom)
Subscribe to Mind on Movies for Movie Screenings and Giveaways.