Review: The Sense of an Ending

Is the Ending Worth the Watch? 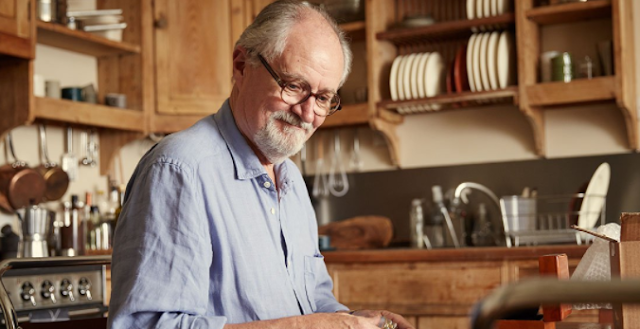 The Sense of an Ending is a film adapted from Julian Barnes' 2011 novel that focuses on an aging man that lives a tranquil and reclusive life with his pregnant daughter and ex-wife as his only connections. His quiet life is shaken up however when secrets he thought he had long buried during his younger days resurface following a death which forces him to piece together the truth of his first love as well as the consequences of choices he made when she was in his life.

The film opens up with the main character, Tony Webster, in the present day then switches to a flashback of him in college setting the tone of how different his lives/personalities are yet it's the same man. The stark contrast of the flashbacks of Webster's social, dynamic life in college versus the emotionally detached, reserved life that he lives in the present, quickly leaves the audience wondering what caused the drastic change within him?

I liked how the movie shows Webster sharing his past with his ex-wife so it becomes clear that what he chooses to recollect (shared verbally) versus the information given in his flashbacks (shared visually as memories) are so different to the point that it starts to confuse himself with how everything is tied together. It left the feeling that you were in a race with him to figure out the "end" to solving the mystery.

This mysterious race drives the plot along and kept me interested and was at times the only thing holding interest. The movie does have some slow parts that make it seem not worth the time to watch but I must say when you figure out the true meaning of his past and how it plays a part in his present, it is worth the watch. Also, the interactions between the characters was an emotional roller coaster and kept up with the various human emotions like pain, humor and all that in between which made characters life-like.

The Sense of an Ending might be as dull as the elderly Tony Webster in some parts but it honestly reminded me of trying to solve a puzzle without knowing the final picture it creates and when you finally do get the "sense of the ending" it's worth the time spent.