Review: The Space Between Us

Is this teenage romance enough to blast through our expectations? 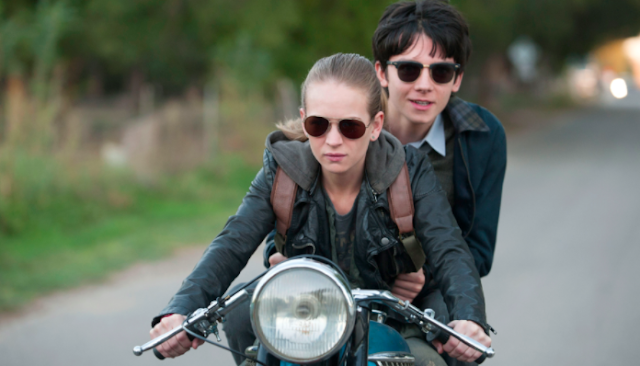 We’ve had werewolves and vampires, cancer patients, and runways as recent entries into the teenage romance hall of fame. With the latest teenage love story, we are being taken… to space! But does the Space Between Us have enough content to fill the space of two hours, or will it come crashing down as a dud?

The Space Between Us centers on a sixteen year old boy who was born and lived his entire life on Mars’s first colony. The movie opens with the dilemma of a female astronaut who realizes she is pregnant shortly after departing Earth and the cover-up that ensues after her death during childbirth. Fearful that his body wouldn’t be equipped to handle Earth’s conditions, our main character is doomed to a life on Mars as a hidden secret. Raised by scientists, our intelligent but socially awkward protagonist meets a girl on Earth via online chat. When they finally make the decision to attempt to bring him back to Earth, he decides to pursue his dream of meeting his father and enlists the help of his online friend to find him. Along the way, the two find themselves quickly falling for each other but discover they are on borrowed time as the Earth’s environment begins to take a toll on the boy’s health.

Let’s be honest with ourselves: this movie is exactly what it markets itself to be. Expect a gratuitous teenage romance movie where our leads have to defy the odds to end up together. There is horrible dialogue, cheesy plotlines, and clichés galore! And if you are looking for any semblance of a realistic or believable plot, well, you came to the wrong movie. The love interest in the film is a giant cliché – a girl passed around the foster system who hates the world. The acting is decent in spite of the dialogue the actors had to overcome. And there are so many inconsistencies or things that just do not add up. Perhaps the biggest crime is that the movie is predictable and unoriginal. We have seen all of these storylines before. Just pick up a Nicholas Sparks or John Green novel and you will get exactly what you receive from this film.

That said, if I were to truly rate this movie based on all that I just wrote, I think I would be missing the point. Like I said, this movie does not try to be something it isn’t. It knows its place. This is not meant to be the next cult masterpiece or Oscar-nominated drama. This is a teenage romance movie through and through. And if you are like me, and love the cheese, you will eat this movie right up. The plotline was enough to keep this rendition fresh and the characters were cute enough. There were some great laughs and some touching moments. The movie really shined when it focused on the dynamic between the two leads, which I wish there was more of. The cynical, angsty teenage girl vs the optimistic, oblivious teenage boy was, although not original, a fun experience. It is an optimistic, if not superficial, take on the world. The movie could have been funnier and more charming, and felt more like a high-budget Disney Channel original movie, but it still held its own and was an enjoyable watch.

In the end, I would caution the viewer to know what you’re going into. This is no Like Crazy or The Notebook. But if you love these cheesy, cliché, feel-good types of movies, you will like The Space Between Us. It is good – not great – and is an excellent choice if you find yourself at the movie theater without any plans and just want to escape the world and zone out for two hours.

I know how sacrilegious it is to say – but I adore these types of movies. But even with that in mind, this movie was not the genre’s best showing. There were a few moments I caught myself rolling my eyes. One scene in particular was when they were trying to save the main character’s life. “We have to go higher!” And then they rocket up to space to avoid Earth’s gravity from destroying his heart despite the fact that it could cost his father’s life! Oh no! And let’s talk about his father… just… why? There were so many uncomfortable moments that lead up to that big reveal. First of all, the age difference. Secondly, there was a really weird dynamic between the boy’s birth mother and her brother… Like that video he watched definitely did not make them seem like siblings. And lastly, it was simply cliché. Despite that, it was still touching and sweet, but an odd choice nonetheless.

I was upset toward the end of the movie when we find out that the boy’s de-facto adoptive mom wasn’t going to join him on Mars, especially because I loved her and loved their relationship. But I did really like how they made it so she was the one that was going to train his girlfriend to become an astronaut. And the ending in general was well done. It was nice that they avoided giving us an epilogue that solved everything. It was better that they left it on an optimistic note rather than spelling it out for us even more than necessary.

Also, can we talk about the dialogue!? It was unbearably cheesy. Which, to be honest, I loved. But I don’t think it is fair to not point out. At the end when he jumps into the Pacific Ocean and says that he can feel that his mother is there in the Ocean. Or all of the hip teenage lingo they try to awkwardly force on us (which you know was all written by a thirty-five year old). I could go on, but you get it. It was bad and unsophisticated.