Will Lego Batman be as good as The Lego Movie? 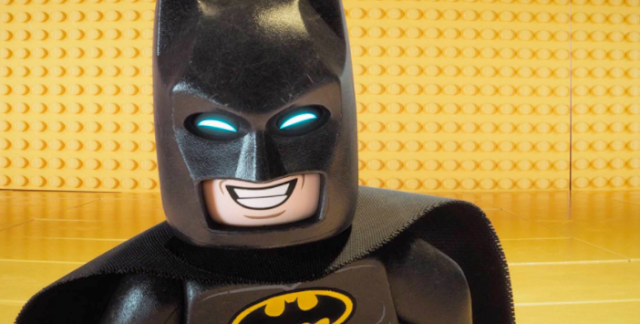 A kind of sequel/spin-off to “The Lego Movie”, “The Lego Batman Movie” is a little darker than it’s predecessor. Featuring the “Dark Knight” (WIll Arnett) as an antisocial (at least to the point of real connections), narcissistic, and profoundly lonely character whose heroism may come as much from a need to be adored by others/the public as it does any obligation to seek/uphold justice. Besides the occasional approval seeking conversation with old family pictures with his late parents and lessons from his underappreciated and longsuffering manservant Alfred who attempts to convince Bruce/Batman to open up and start letting people in, beginning with his newly adopted orphaned son, Dick Grayson/Robin (Michael Cera). With the help of Alfred (Ralph Fiennes), Robin, another new companion and his long term- feeling underappreciated and neglected- enemy the Joker (Zach Galifianakis), with his squad of comically diverse villains, Bruce discovers what it really means to be a hero; learning how to truly care for others, be a part of a team, family, and even rival relationships.

Great for the whole family, “The Lego Batman” movie will have both adults and children laughing (not always at the same time) out loud from beginning to end. From the narration of the opening credits and the sad but comical scenes of Batman’s lonely daily rituals to the antics of both his partner/adopted son (Robin) and nemesis (Joker) to get Batman to recognize their significance in his life.

The voice cast, particularly Arnett and Cera, do a great and hilarious job of vocally illustrating their limited expression lego characters; contrasting the solemnity of certain scenes with a level of goofiness that keeps the film in the territory of feel good family comedy. The animation is sharp and colorful, the writing is witty, comically self-aware (and deprecating) and filled with references adults and DC/comic nerds will appreciate.

It’s a great mash-up and starter “Batman” film for the kids, while also being a new yet nostalgically (in regards to both “Batman” and legos) entertaining revisiting, reimagined remake for adults.

The character of the Joker and his need to be in a enemy “ship” with Batman is entertaining but he’s not as gripping or compellingly comical as his counterparts. I can see how fitting him more so to the parameters of his predecessors might make him too scary or dark of a character for a children/family film but even Batman a bit crazier than him.
_________________________________________
Posted: February 10, 2017
Labels: LizMassele, Reviews17
Newer Post Older Post
Subscribe to: Post Comments (Atom)
Subscribe to Mind on Movies for Movie Screenings and Giveaways.