Doctor Strange is just the right amount of strangeness. 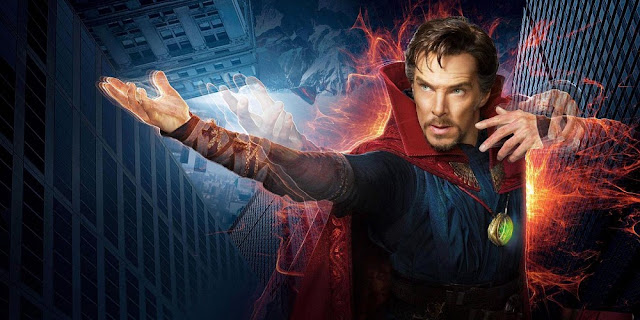 Doctor Strange is Marvel's latest film that brings the sarcastic, egotistical Dr. Steven Strange to life. Dr. Strange is a successful neurosurgeon who prides himself on never failing a surgery. This is brought to an end when he gets in a car accident that leaves both of his hands damaged. Desperate to find a fix, he travels to Nepal where he encounters a different type of "medicine" that leads him to the good and bad of the mystical world.

I think Marvel did a really good job with Dr. Strange, especially because he is one of their lesser known characters. I got really immersed in the storyline that kept me wanting more throughout the movie which is important since like a typical Marvel movie this one is close to 2 hours long.

I will say that the film is very trippy and if you watch it in 3D like I did you'll be pleasantly surprised with the visuals. The action and fight scenes were really great and it was almost like Inception in the way the buildings would merge into geometric chaos while the characters battled their way through.

I also liked this movie because it did not disappoint in including comedy throughout the action. It also didn't disappoint in making me jump from the element of surprise which also kept me intrigued and I can honestly say I'm ready for a Dr. Strange 2.

Don't forget to stick around after the credits because true to Marvel fashion there's a sneak peak of what's to come!