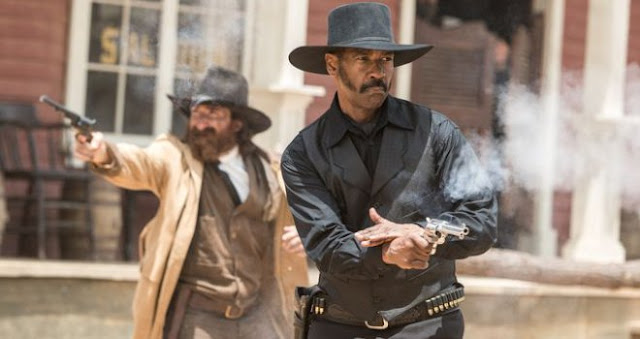 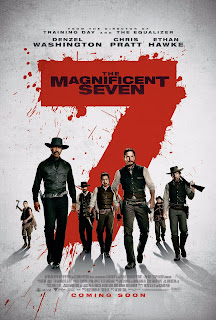 The Magnificent Seven depicts the story of seven misfits that band together for the mutual goal of helping the Old West town of Rose Creek break free from a greedy mining tyrant. The real question is: does the 2016 version hold its own like the original 1960’s classic did?

The Magnificent Seven shows how revenge, or perhaps a quest for righteousness depending on how you look at it, draws seven lone wolves with unique backgrounds to join together to release the mining town from the villain Bartholomew Bogue. If you enjoy Western inspired action films without too much gore and blood, this is the film for you.

With well-known action and drama actor Denzel Washington mixed with up-and-coming comedy actor Chris Pratt, the movie is just that: a Western “dramedy”. I was actually really surprised at how many times I laughed during the movie because even though the Seven’s motive was serious it didn’t mean they didn’t have time to make the audience laugh in between. That being said all the members of the Seven do a really great job of making their initial images of being bad guys turn to a more positive image faster than the speeding bullets from their pistols. Also the villain does a great job at making you hate everything about his character and everyone knows without a great acting villain a movie just isn’t as entertaining.

The Magnificent Seven is a definite must-see and one of the best films I have seen so far this year. I would recommend seeing it in the theater because let’s face it, shootouts are better seen on the big screen.


The phrase lucky number seven doesn’t exactly play out well in this movie. I know it’s a Western film and not everyone is going to make it including the Seven but they could at least left more characters alive at the end. On the other hand, I was satisfied that the writers played out the personalities of ones that didn’t make it right up into their deaths making for captivating scenes
Posted: September 23, 2016
Labels: AshleyBell16, Reviews16
Newer Post Older Post
Subscribe to: Post Comments (Atom)
Subscribe to Mind on Movies for Movie Screenings and Giveaways.