Don't Breathe actually will make you not breathe. 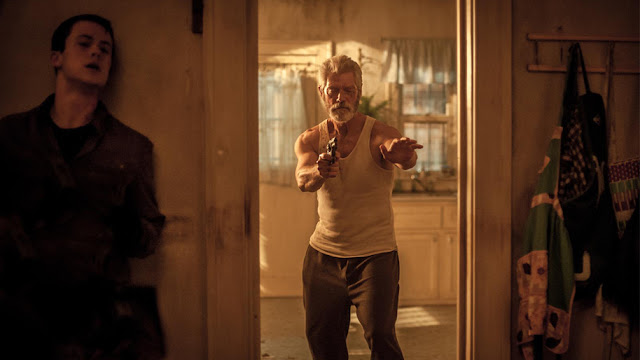 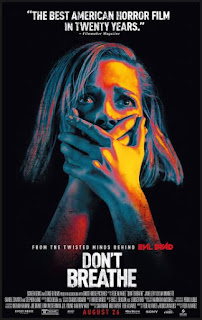 From the trailers, Don't Breathe looks like one of those low budget horror films that is going to be covered in gore. Well if you go in with that in mind, this movie will prove you wrong. There's so much more going on in this movie, that you won't believe that this is horror. You may end up thinking this is more suspense then horror, in which case I'd tell you you're right.

The cast is one you've seen before, Jane Levy being from Suburgatory, Dylan Minnette from Goosebumps, and Stephen Lang from Avatar. It's hard to believe the budget for this movie is only $9.9m. It seem's like it would have been more with this cast and the style of the movie.

Stephen Lang, plays the perfect blind guy. You would actually believe he is blind during the movie. They actually gave him special contacts during filming to impair his vision, to make him even better in the movie.

If you get a chance to see this movie, you should take it. The movie will end up being better then you think.


This movie was good, it kept you on your seat, and you won't see the ending coming. That's actually a good thing.
Posted: August 26, 2016
Labels: BillyJoynt16, Reviews16
Newer Post Older Post
Subscribe to: Post Comments (Atom)
Subscribe to Mind on Movies for Movie Screenings and Giveaways.