Contest: Ride Along 2 on Bluray (Ended) 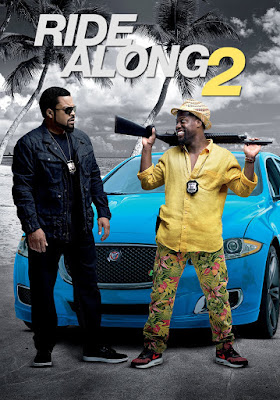 BONUS FEATURES ON BLU-RAYTM AND DVD
BLU-RAYTM EXCLUSIVES
SYNOPSIS:
The brothers-in-law are back! Ben (Kevin Hart; Get Hard, The Wedding Ringer), a recently graduated police rookie, now aspires to be a detective like his soon-to-be brother-in-law, but James (Ice Cube; 22 Jump Street, Barbershop) still doesn’t think that he has what it takes for the job. He reluctantly takes Ben with him to follow up on a lead in Miami. Plans for a quick trip go awry when their unorthodox policing gets them into a compromising situation that threatens to derail a major case… and Ben’s upcoming wedding day. Also starring Ken Jeong, Benjamin Bratt, Olivia Munn and Sherri Shepherd. The dynamic duo of Cube and Hart renew their comedic connection in this bigger, better, and funnier sequel!


Disclaimer: Only one entry per mailing address per giveaway. The prize will be sent via FedEx or UPS. No P.O. Boxes please. This contest is from Mind on Movies working with Universal. The entries will be checked. You must do what it says on the widget option to enter to win.
Posted: April 19, 2016
Labels: Expired Contests
Newer Post Older Post
Subscribe to: Post Comments (Atom)
Subscribe to Mind on Movies for Movie Screenings and Giveaways.