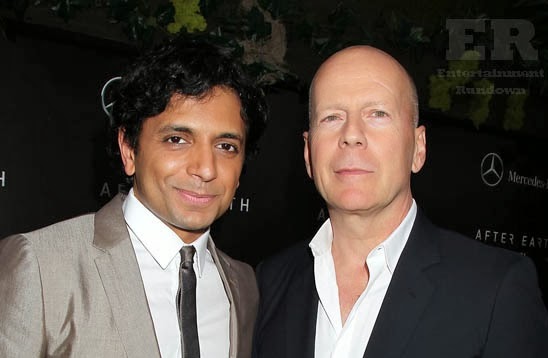 M. Night Shyamalan is in talks with Bruce Willis about a movie idea M. Night had back in 1993. Bruce Willis actually wants to be in this movie, which would involve a lot of walking.

Here's what it would be about.
Willis would play a bookstore owner who loses his wife in an accident, then starts to see dead people’s emotional needs: “Haunted by the notion that he never properly told his wife how much he loved her,” Willis sets out to prove it by walking across the country for her, something she’d once asked him to do.

Now of course you know M. Night will have to throw in a twist at the end of the movie. So comment below on what you think the twist would be.