Is this better then the 1st? or dare I say The Avengers? 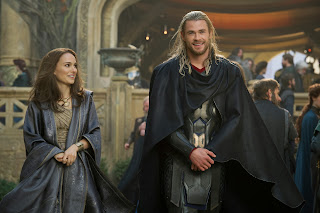 Of course it can't be compared with The Avengers, that's on a totally different level. Thor: The Dark World is better then the original because now that we have the back story on Thor, we won't be sitting there for twenty minutes learning about Thor's history, or will we. There is about ten minutes in the beginning where Thor's father explains to the audience who the villain is in the movie.

The graphics and fight action scenes in the movie are great. You will be so in tuned with it. You will see it is so interesting to see Thor and Jane Foster (Natalie Portman) on screen. It's like first you will see that they are in loved, then we won't see her and it just goes right to action scene after action scene, which you will enjoy more then the push for the female audience to make it more of a romantic movie.

Reminder, at the end of these Marvel movies, there is scenes after the credits.
There will be two scenes, don't leave that theater until you see both. 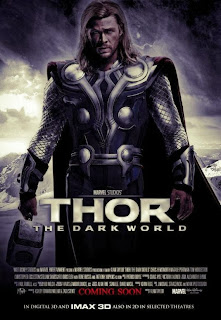 So at the end if Loki was Odin, then where is Odin? Why would he just have disappeared. Also, how is Loki alive, I'm sure in time they will explain that, but I'm sure they wont explain where he put Odin to ask Thor is he would have been the new King, also what would have happened if Thor said yes. That would have ruined his whole plan there.