You will be shocked on the quality of this movie. 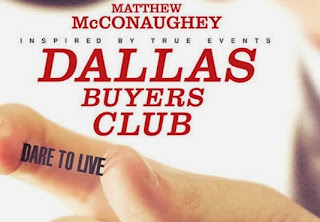 Dallas Buyers Club is one if the best Matthew McConaughey movies out there. He is able to pull off the role of Ron Woodroof who has HIV then ultimately AIDS. When you watch McConaughey's performance you will understand what he is going through, and see how this guy, Ron, can turn into someone that will become a great movement in the movie.

Not to shine the light away from Matthew, but Jared Leto was a great supporting actor. The emotions when that he is able to pull off, will shock you and make you feel the pain he feels with his family problems. Even Mathew will side with him in the movie, and will support him. Jennifer Garner was great, as you would expect. She just is one of those actresses in which you will know will be able to provide an amazing role in any part you give her.

Make sure as you watch this movie, you see that Ron was really the movement leader on getting better medication in America. This wasn't just for AIDS and HIV related drugs. He really set a standard for all medication for any future and all past diseases. 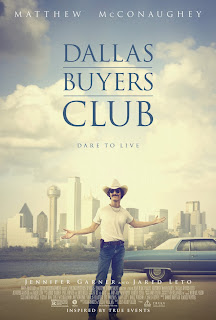 Well at the end, they should have put up some pictures of what the real characters looked like in the movie. This would have let the audience see the real faces of the people who went through AIDS during this tough time. Also, why did they have Ron dressed as an air plane pilot, we never saw him fly a plane or anything.