This just may make you laugh too hard. 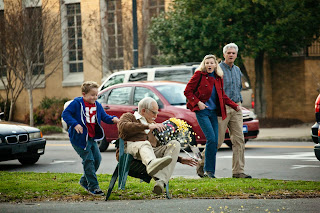 This version of Jackass isn't like the others. Usually they do pranks or just even randomly do stupid stuff that is sure to make you laugh. Bad Grandma is its own unique take. It has more of a story to it. They do things that are not normal in front of other people, while the other people don't realize they are being filmed.

There are way too many scenes in this movie that will make you laugh louder the you have laughed before. As to not spoil any seconds of laughter, I shall not tell you a funny scene until below. This was good because there was a storyline. About a Grandpa taking his grandson across country to get him to his father. There is a emotion aspect to this movie, although you really won't feel anything because you know it's not real. The actor and stunts were really the star of the show. Enjoy seeing this movie as soon as you can so it doesn't get spoiled to you.

What was the funniest scene? (Spoilers)
The funniest scene that I know is sure to make everyone laugh, is when Grandpa (Johnny Knoxville) and Billy were in a restaurant and eating. They decided to do some farting. The faces the other patrons had were mildly funny, but then Grandpa decides to take it up a notch. He stands up to fart but then he ends up sharting. This was so priceless to see. Him and Billy decide to just run out, leaving it on the wall. It was way to funny, I could barely breathe. 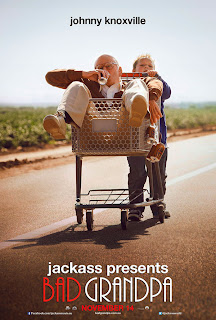 Well they could have always added more scenes of comedy in the bit. It should have been two hours long, not just ninety minutes. Also remember to stay after the credits for an extra funny scene. You really don't want to miss it.