No More Men in Black 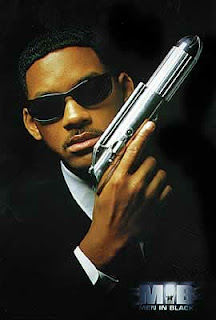 Writer Oren Uziel is working on a script for a potential fourth film. But we learned that maybe Will Smith does not want to come back for a fourth movie.

"I think three is enough for me," said Will. "Three of anything is enough for me. We’ll look at it and we’ll consider it, but it feels like that it might be time to let someone else do that."

Now this may not be a no for sure. But it's not a good sign. And without Will, I don't think that the franchise could go on without him.

The third film grossed a franchise best total of $624 million.

What do you think, can the franchise continue without Will Smith?
Let me know below.
Posted: June 04, 2013
Labels: Movie News13
Newer Post Older Post
New Reviews