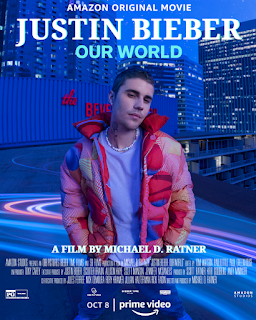 Do you want to see JUSTIN BIEBER: OUR WORLD before anyone else? Learn how you can see a Virtual Screening, scheduled on October 5th, 2021.