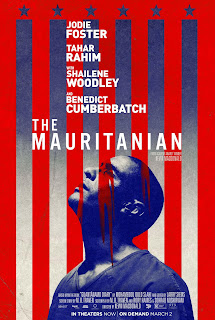 Enter to win a VUDU code to watch 'The Mauritanian' at home!