The Florida Film Festival runs both online and in Maitland and Winter Park, Florida, from April 9-22, 2021.

Now in its 30th year, The Florida Film Festival is an Oscar Qualifying Festival, premiering the best in current, independent, and international cinema. Through 14 days of 160 films and first-class events, film lovers mingle with filmmakers and celebrities over hand-crafted cocktails and a delicious menu at Eden Bar and inside Enzian Theater.

See below on the Top 5 films that I am looking forward to viewing.
Click Here for Information on Attending the Festival. TOGETHER TOGETHER 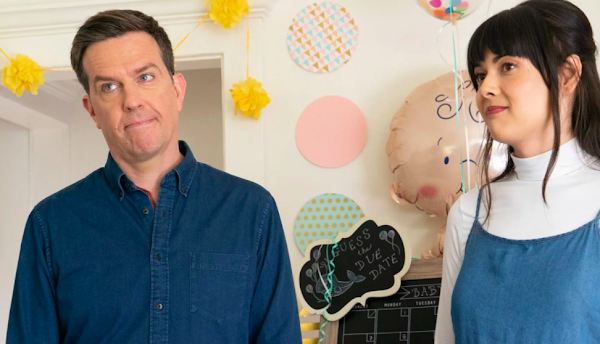 When 26-year-old San Francisco barista Anna becomes a gestational surrogate to a single, middle-aged app designer named Matt, she expects only a transactional bit of good karma and the payday that will allow her to finish her college degree. But as Matt’s unbridled enthusiasm for impending parenthood leads him to persistently insert himself into her life and invite her into his, the initially annoyed Anna finds herself reluctantly charmed, and they forge an unlikely friendship. Writer-director Nikole Beckwith (Stockholm, Pennsylvania) has created a disarming film that eschews rom-com conventions and subverts expectations of traditional gender dynamics, instead paying tribute to the deeply felt and regenerative power of platonic love. Featuring the boldly mismatched casting of comedy icon Ed Helms and sharp-tongued newcomer Patti Harrison, the smart, funny, and endearing Together Together depicts the surrogacy process with melancholy and warmth, embedding a distinctively awkward humor within its palpable tenderness for these not-at-all hopeless loners. THE CATCH
Like the lobsters squirming in their traps, the New England fishing families in this beautifully photographed story struggle to find ways to survive an unforgiving physical, cultural, and economic landscape. When Beth (Katia Winter, FOX’s Sleepy Hollow), an aimless petty thief, returns to her Maine home, she finds a community facing drug smugglers and a relentlessly predatory corporation headed by Jere Burns, the amoral Dixie mafia middleman in Justified. As Beth tries to work out her complicated relationship with her father (Bill Sage, We Are What We Are), he fights to keep the family’s single lobster boat independent. In what director Matthew Ya-Hsiung Balzer describes as a “Western on the water,” this remarkable seaside thriller shows a family trying to negotiate a world of double-, triple-, and even quadruple-crosses. Although many of the issues the film raises remain unresolved, the closing scenes offer a powerfully satisfying vision of hope. SUMMER OF 85
“Mad I may be,” teenaged Alexis admits, “but crazy I am not. Don’t take me for a psycho. Corpses are not my thing. What interests me is death.” So opens French master François Ozon’s (Swimming Pool; 8 Women; Potiche, FFF 2011) 19th film, which has been nominated for 12 Cesar Awards (French Oscars) including Best Film, Best Director, and Best Adapted Screenplay. With saturated Super-16mm flashbacks, Summer—set in the sun-drenched Normandy seaside—is a tender, bittersweet coming-of-ager centering on misunderstood and death-obsessed Alexis (Félix Lefebvre), who falls hard for “the friend of his dreams,” David (Benjamin Voisin), a slightly older, high-velocity life force. Credit their chemistry and the sensuality of two beautiful male bodies to portray the vibe of nowness that is a gift of the young. Ozon captures the heady high of first love and sex, the pain and desperation of heartbreak and lost innocence, and finally self-acceptance and understanding. Blending nostalgia, queerness, humor, and thriller sensibilities —as well as incorporating ‘80s music, from The Cure to Rod Stewart—this adaptation of YA author Aidan Chambers’s groundbreaking 1982 novel Dance on My Grave is an extraordinarily sensitive and bittersweet queer romance for the ages. MATERNA 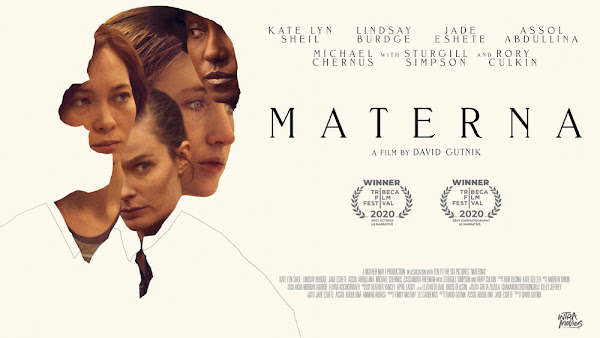 David Gutnik’s debut feature Materna—awarded Best Actress (Assol Abhullina) and Best Cinematography at the 2020 Tribeca Film Festival—is a fascinating anthology of tales intersecting on a NYC subway train when four vastly different women are bound by a violent altercation. This existential portrait also connects these women by their toxic maternal relationships. Lost in a dark, solitary, virtual reality, a young woman endures her mother’s requests that she freeze her eggs; a struggling actress must reconcile with her Jehovah’s Witness mother; a concerned mother struggles to confront her troubled son; and an immigrant returns home to bury the last male in her family. From the producers of A Ghost Story and Radium Girls (FFF 2019), this compelling drama features great supporting turns from indie darling Kate Lyn Sheil (She Dies Tomorrow), country singer Sturgill Simpson, and Rory Culkin (Gabriel, FFF 2014) as a remarkable, empathetic character who provides a voice of reason. These stories of hunger for love and understanding are revealed when the world feels—as it does now—like it’s coming apart. However, the truth of who we are will remain when we put the pieces back together. RIDERS OF JUSTICE
Genre player and dark humorist screenwriter/director Jensen (Susanne Bier’s Love Is All You Need, FFF 2013) reunites with some of his regulars—Mads Mikkelsen, Nikolaj Lie Kaas, and Nicolas Bro—for this comedic and dramatic crime thriller. Mikkelsen (TV’s Hannibal; The Hunt, FFF 2013) plays Marcus, a recently deployed military man whose wife is killed in a train accident. When he returns home to raise his teenaged daughter, a motley trio of damaged statistics and tech geeks convince him the tragic incident wasn’t random at all. They secretly band together to avenge the attack. Explosive and violent, incongruously humorous, and unexpectedly moving, the film follows the avengers’ assault on the Riders of Justice motorcycle gang, ultimately becoming justice riders themselves. Always center stage is the broken father-daughter relationship, with each reacting differently, not only to one another but to their shared sudden loss. Along the way, all of them learn to help heal each other and be present and grateful for those they love. Are there any films you're interested in? Comment them below!
Click Here to view the full list of films.