'Bliss' Is not really bliss... 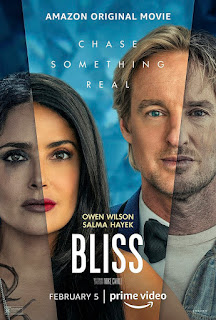 - Read Jared's review of 'Bliss' Bliss; A mind-bending love story following Greg who, after recently being divorced and then fired, meets the mysterious Isabel, a woman living

'Bliss' Launches Worldwide on Prime Video on February 5th, 2021. Bliss; A mind-bending love story following Greg who, after recently being divorced and then fired, meets the mysterious Isabel, a woman living on the streets and convinced that the polluted, broken world around them is a computer simulation. That overview, as well as the trailer, gave this movie a perfect set up for an extremely intriguing watch…and ended up wasting almost two hours of my time.

See, after I recently watched Midnight in Paris with Owen Wilson, I’ve been very excited to see him in less comedy-driven movies. So, after seeing the trailer for this film about a month ago, I was counting down the days till I could finally see my guy lead with pure embodiment of emotions and character instead of comedic timing mixed with bad writing. Only thing is, I may have received MORE bad writing than I see in his comedies! I’m so disappointed because they took a wildly intriguing concept and absolutely destroyed it with horrible pacing and unrealistic progression of characters. I’m never convinced of Greg and Isabel’s relationship or rooting it on, maybe because the actors’ chemistry together didn’t seem to shine on screen at all.

The movie tries to focus on Greg’s son at times, who seems completely irrelevant to the story and literally serves no purpose. Owen Wilson seemed to try his best for what he was given to work with, but Salma Hayek sort of let me down and her performance falls pretty flat, honestly annoying me quite a bit of the time. The editing in the trailer is something that heavily attracted me to this film, yet we see nothing interesting on a cinematography level during the movie.

I’m still confused about some things that only happened once and had no explanation, and I’m definitely not motivated enough to watch it again and answer and whatever questions I have. I truly can’t comprehend anyone using a positive adjective to describe this picture. Definitely not bliss. 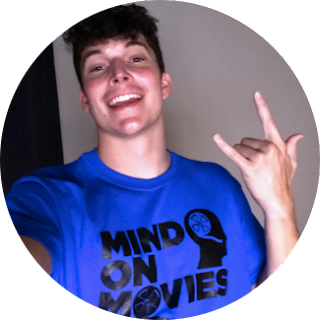