Snowpiercer is a new series coming to the TNT network! 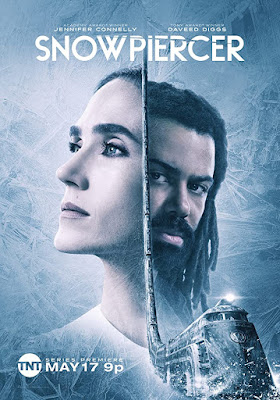 -
Snowpiercer is a new series coming to the TNT network!

Snowpiercer is based off the 2013 film of the same name. The show follows a train that exists in a post apocalyptic world after everything has frozen over. The only safe place is on the train where there is class warfare and social injustices. It’s essentially the haves vs. the have nots on a moving train.

If you like post apocalyptic shoes or have seen the movie and enjoyed it, you might like this. It starts off a bit slow but not unbearable to watch. I know most people are looking for new shows to watch so maybe try this one out! Snowpiercer - Set over seven years after the world has become a frozen wasteland, Snowpiercer centers on the remnants of humanity, who inhabit a gigantic, perpetually-moving train that circles the globe.