'Bloodshot' is Clever and Entertaining With Unanswered Questions 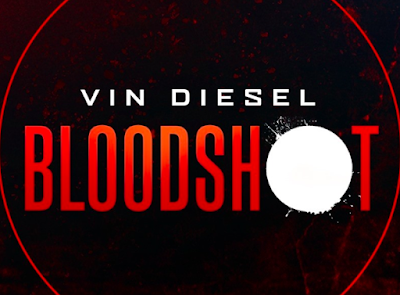 - Read Nikki's review of Bloodshot. Based on the bestselling comic book, Vin Diesel stars as Ray Garrison, a soldier recently killed in action and brought back to life as the superhero Bloodshot by the RST corporation. With an army of nanotechnology in his veins, he’s an unstoppable force –stronger than ever and able to heal instantly. But in controlling his body, the company has sway over his mind and memories, too. Now, Ray doesn’t know what’s real and what’s not – but he’s on a mission to find out. 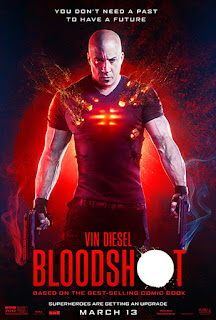 Bloodshot goes into theatres this week. Not even going to lie, when I saw the previews to this movie, I did not care about it at all. I had absolutely no interest in it. It looked pretty ridiculous and extra, also like an action movie that has already been made. Therefore, going into this movie I had zero expectations. Leaving the theatre, I felt entertained. It wasn’t as bad as I expected it to be.

The movie starts off with Ray Garrison (Vin Diesel) in the middle of a hostage mission in Mombasa. Of course, he tricks the bad guys and saves the day then goes to Italy to meet with his wife and spends the night with her. The next morning Ray is drugged, tied up, and woken up by Martin Axe (Toby Kebbell) asking for some information Ray doesn’t have. Because of this, Martin kills Ray’s wife in front of eyes and then proceeds to shoot Ray. Ray then wakes up with healing robots in his bloodstream that make him pretty much invisible and full of revenge for the person that killed his wife.

Yes, the story line is pretty familiar and has happened in plenty of stories. I think that’s the point of the first half of the movie. Well, I hope it is. I didn’t really care for the first half. I was cringing at how cheesy and bad it was. Halfway through the script is flipped and a bit better than the first half. Everything we thought the first half was, wasn’t. I like how that happens, it’s pretty clever. The most clever thing about the movie. The movie looked pretty cool. There were some great action sequences. The effects of the robots putting Ray’s body back together after his damages was cool to watch as well.

The villains in the movie are forgettable. In fact, there’s one who hates Ray with such a burning passion and the movie never mentions why. Jealousy maybe? I don’t know. In fact, the hero doesn’t even have a proper backstory. Which is pretty crazy considering this is an...origin story. I left wondering a lot of things about the main character and who he was and how he got to that place. I feel like this movie was supposed to help the audience understand who he was and where he’s been. Can’t leave that important stuff out and leave the audience with questions like that. There was some funny humor. Some of the jokes however were outdated and have been said too many times in too many movies (6 inch joke).

I do think this movie is entertaining and engaging enough to watch. In theatres? Meh, probably not.