'Like a Boss' is perfect for a gals night! 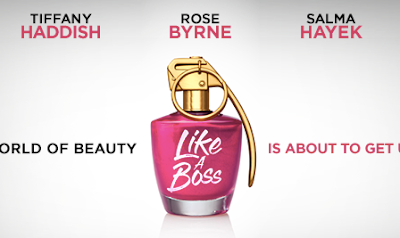 - Read Ashley's review of Like a Boss. Best friends Mia and Mel (Tiffany Haddish and Rose Byrne) are living their best lives running their own cosmetics company they’ve built from the ground up. Unfortunately, they’re in over their heads financially, and the prospect of a big buyout offer from a notorious titan of the cosmetics industry Claire Luna (Salma Hayek) proves too tempting to pass up, putting Mel and Mia’s lifelong friendship in jeopardy. The beauty business is about to get ugly. 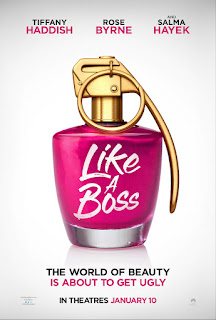 Like a Boss stars Tiffany Haddish and Rose Byrne as Mia and Mel who have been best friends since their childhood. They run a startup cosmetic company that despite being popular leads to financial trouble. When cosmetic mogul Claire Luna (Selma Hayek) offers to buy their company, their company and friendship are tested. Can this bestie comedy deliver laughs and a good plot?

With its title, this film offers the chance to show empowered women as entrepreneurs who are their own boss. Instead the audience is presented with a story that goes for the stereotypical route of women are more emotional than logical in their decisions. Although the plot starts off strong, it turns clunky after the first 30 minutes and never recovers.

The performances are Like a Boss’ saving grace however will several audible laugh out moments. Tiffany Haddish and Rose Byrne in this best friend comedy are a great duo along with their other friends in the movie. Selma Hayek as the psycho but fun mogul was a great addition to the comedy too and she played Claire Luna in such a way that was outrageous yet real.

If you are looking for a gals night out then Like a Boss is a perfect choice. Despite it dripping in cliches, the comedy is enough to make it worth watching at least once.