'Last Christmas' is not what it seems - Ashley's Review 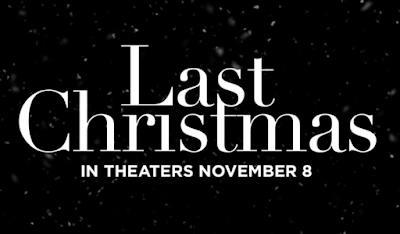 Read Ashley's review of Last Christmas. Kate (Clarke) harumphs around London, a bundle of bad decisions accompanied by the jangle of bells on her shoes, another irritating consequence from her job as an elf in a year-round Christmas shop. Tom (Golding) seems too good to be true when he walks into her life and starts to see through so many of Kate's barriers. As London transforms into the most wonderful time of the year, nothing should work for these two. But sometimes, you gotta let the snow fall where it may, you gotta listen to your heart ... and you gotta have faith. 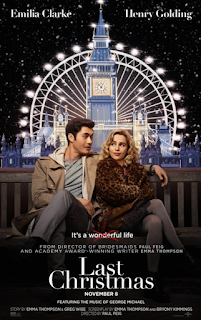 Last Christmas is in theaters on November 8th, 2019.

Romantic comedies are one of my least favorite genres. I do however LOVE Christmas movies and as a huge Emila Clarke fan, I had to watch it. I was very surprised because this is not your typical rom-com, in fact it’s the opposite.

Emilia Clarke plays Kate, a girl in her mid-20’s who’s a hot mess! While at work she meets Tom, played by Henry Golding, they become friends and their relationship beings to deepen. Emilia plays a similar role that she’s kind of been type casted as, the quirky, fun kind of awkward girl. It works though, I enjoyed her portrayal of the character. This was my first time seeing Henry Golding, I haven’t see anything he’s in but I know he’s super popular right now and people are obsessed with him. He is quite charming and I would say they have chemistry.

The film attempts to rope in some socioeconomic issues such as Brexit, immigration and racism. It paints a more realistic picture of society and shows that other countries also struggle with the issues we have in the states.

The movie has a wonderful message, and even though it’s not what you expect I think you’ll enjoy it and find the importance in the story. Not many movies, let alone Christmas ones, address mental illness in a very real way. They really encapsulate what it is to struggle with yourself, your family, and the standards other people set for you. That living up to expectations can have the reverse effect, and you should always stay true to yourself.

There are typical Christmas themes such as helping others and spending time with those you love. I enjoyed the movie even though it’s not what I was expecting. Lots of spoilers out there for this one - I say go see it for yourself!