'The Addams Family' has Some Laughs but isn't Fresh - Ashley's Review 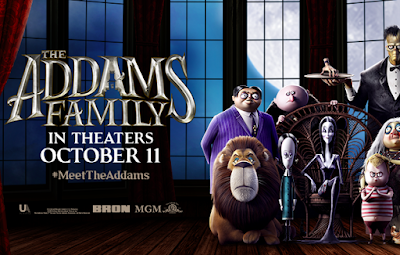 Read Ashley's review of The Addams Family. Get ready to snap your fingers! The Addams Family is back on the big screen in the first animated comedy about the kookiest family on the block. Funny, outlandish, and completely iconic, the Addams Family redefines what it means to be a good neighbor. 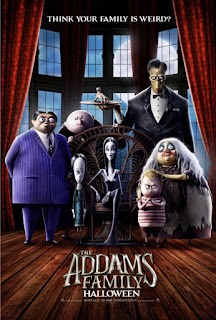 The Addams Family brings the creepy and kooky family to the world of animation. The Addams finally find a place to call home free of judgement for years until they begin to have the “perfect” neighbors move in. Can this movie live up to the creepy yet funny tone of the ones before it?

If you are familiar with the Addams family, you will know how outlandish and dark humored the comedy should be. The humor does not stray away from that in this version so many of the jokes are spot on with that macabre style. The plot on the other hand does not deliver smoothly in the same way as the jokes. It is something that has been done before so many times yet tries to be different by delivering a positive message for kids. While the message is a good one, it comes after a windy story that trails off in so many different directions that it is easily forgotten after watching.

Two of the best things that work well in this movie are the cast and the music. The list of well-known actors helps to bring variety to the iconic family with big name actors such as Charlize Theron, Bette Midler and Snoop Dogg. Hearing familiar voices added to the already entertaining aspect of the movie. The music also helps because there is something for everyone. Outside of the theme song, there are songs the audience quickly recognizes and brings even more laughs which was a fun addition.

Just in time for spooky season, the Addams Family is a good movie to bring in the month of Halloween. The Addams Family will bring laughs but does not dive much past that in terms of a fresh story.