'Toni Morrison: The Pieces I Am' is basic in approach - Joanna's Review 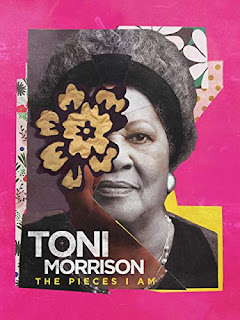 Toni Morrison: The Pieces I Am is in select theaters on July 3rd, 2019.

Toni Morrison: The Pieces I Am is a documentary about American novelist, essayist, editor, and teacher Toni Morrison. A winner of the Pulitzer Prize, the American Book Award, and the Nobel Prize in Literature, she is the author of controversial books like Sula and The Bluest Eye, which have been alternately banned by schools and featured in Oprah’s Book Club. Oprah and Morrison herself are among those who give interviews in this film, providing a history of her life and the profound effect she’s had on those around her.

Is Toni Morrison a worthy subject? Yes. Is this movie particularly exciting? No. The film is pretty basic in its approach, mostly showing interviews with subjects set against a plain background interspersed with slideshow-like historical photos. Though there were some great quotes and anecdotes, it felt twice as long as I would have preferred it to be.

While The Pieces I Am convinced me of the significance of Toni Morrison’s body of work, I think those unacquainted with her books would be better off reading them than watching this documentary. However, viewers who are familiar with her writing may find it a good opportunity to geek out alongside on-screen subjects Angela Davis and Walter Mosley and may even find themselves re-reading old favorites.

Joanna (Guest Contributor) was born and raised in Metro Detroit. A fan of thought-provoking thrillers and indie films, she also enjoys a good chick flick. When not at the movies, she can be found running, reading, or writing bar trivia.
Click Here to check out Joanna's Articles.
Posted: June 28, 2019
Labels: JoannaConnelly19, Reviews19
Newer Post Older Post
Subscribe to: Post Comments (Atom)
Subscribe to Mind on Movies for Movie Screenings and Giveaways.