Fandango VIP Members Can Enjoy “Rocketman” on May 18th!

Fandango VIP Members Can Enjoy “Rocketman” on May 18 as Part of Fandango’s Early Access Screening Program at Hundreds of Locations Nationwide! 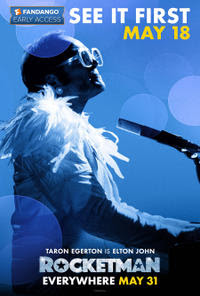 Fandango, the leading digital network for all things movies, is teaming up with Paramount Pictures to offer exclusive early access screenings on May 18 of "Rocketman,” the musical fantasy about the life of Elton John, directed by Dexter Fletcher, written by Lee Hall and starring Taron Egerton, Jamie Bell, Richard Madden and Bryce Dallas Howard. Tickets for this limited engagement go on sale today, exclusive to Fandango. 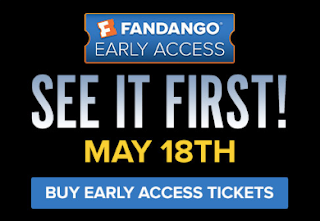