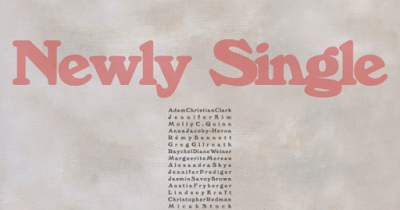 Read Will's review of Newly Single. Recently dumped by his long-term girlfriend and balancing the pitfalls of production for his second feature, Astor, an indie filmmaker in L.A., finds himself alone, prowling; and aggressively taking his insecurities out on the women he encounters. The film explores the inner workings of the changing modern, urban world of dating, independent filmmaking, and the deep desire to be anyone but one's true self. 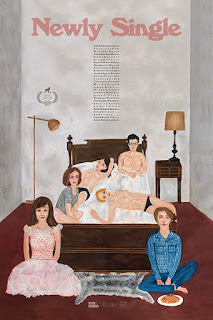 Newly Single is on Video On Demand on December 7th, 2018.

Writer/director Adam Christian Clark stars as Astor Williams Stevenson who is trying to navigate the dating scene after driving away his long time girlfriend Valerie (Molly C. Quinn). This is a dark comedy that shows himself being brutally honest and aggressively taking his insecurities out on the women he encounters.

Attempting to deal with his personal demons while in production of his next movie. Trying carefully to balance his fears and his dreams, Astor finds himself struggling to compartmentalize the many facets of his life. As we watch him go on a series of dates we realize how damaged he really is.

Astor is such an unlikable character that it is difficult to want to root for. Because of this, I really had no reason to care about what happens to him. Actually I was kind of glad that he kept on getting bad breaks. Also we didn’t spend too much time on the subplot of the movie Astor was making to make us want to care about it.

Overall this movie had a lot of potential but the story wasn’t really fleshed out to make us care about it. The supporting cast did fine but can only do so much with the script they were given. I felt this movie was a missed opportunity.