Home » Reviews18 » WillClemens18 » 'Suspiria' A film you will not easily forget, for better or worse - Will's Review
Reviews18 WillClemens18

'Suspiria' A film you will not easily forget, for better or worse - Will's Review 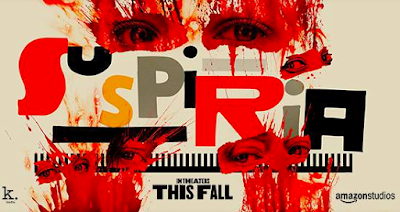 Read Will's review of Suspiria. In this riveting psychological thriller, American dancer Susie Bannion arrives in 1970s Berlin hoping to join the world-renowned Helena Markos Dance Company. In her very first rehearsal, Susie stuns the company’s famed choreographer, Madame Blanc, with her talent, vaulting to the position of lead dancer. Olga, the previous lead, breaks down and accuses the “Mothers” who run the company of being witches. But before she can flee, she is captured and tortured by a mysterious force somehow connected to Susie’s dancing. Despite these early warning signs, Susie continues her rise to the top of the dance academy at all costs. As rehearsals continue for the final performance of the company’s signature piece, “Volk,” Susie and Madame Blanc grow strangely close, suggesting that Susie’s purpose in the dance company goes beyond dancing. 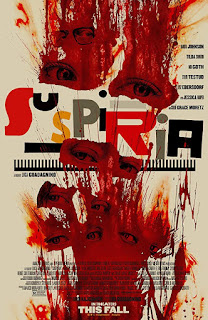 Suspiria is not a precise remake of the 1977 horror classic but more of a reimagining. This modern take makes the story less ambiguous than the original and changing some of the plot I think it was for the better. Luca Guadagnino’s Suspiria follows the framework of the original while expanding on the mythology and the motives of the antagonists. Turning it into a completely new movie that is more artistic. Although this rendition is hauntingly beautiful and feels at home in its new context, I felt that the subtext was stressed a little too much though.

Susie Bannion (Dakota Johnson), a young American ballet dancer travels to audition for a prestigious dance academy in Germany. While at the academy, there is an unsettling mystery that is cloaked behind its plain veneer, knowing that something is just not quite right. Only to discover that it is a front for something far more sinister and supernatural.

What this film does brilliantly is creating an atmosphere. Initially, I was worried about this not having the color that made the original so gorgeous, but this version is just as stunning. From the beige/natural color palate of the film, to the chilling Thom Yorke score, Suspiria just feels lived in. There is dread and suspense throughout the film and this foreboding leaches onto you and follows you throughout until the very end.

Tilda Swinton breathes life into the film as Madame Blanc and her multiple roles. There is something melodic about the way she speaks and moves and her portrayal as the intense dance ringleader feels almost too natural for her. Chloë Grace Moretz is the banished dancer, Mia Goth befriends Susie, and the original Susie, Jessica Harper also appears in this.

Along with this, I thought Dakota Johnson was a great fit as lead, Susie Bannion. Dakota excels as innocent and quietly confident Susie and overall carries out the most beautifully haunting dance routines in the film. She gives the role likability and heart. These dance scenes gave me goosebumps and go down as one of the most memorable scenes I’ve seen this year.

Susie’s audition dance scene which crosscuts into another parallel scene is horror at its best. It is disturbing yet beautiful and the juxtaposition worked so effectively, I was left in awe where I couldn’t take my eyes off the graphic scene. This along with the final dance recital made the film for me. Guadagnino’s creative direction to utilize this abstract dance offered a refreshing take that was powerful. To reiterate this further, the creative direction is fantastically showcased in the film’s climax. It's aesthetically great, super gnarly, and there’s a 10 minute stretch in the last act that I still can't quite believe I saw in a theater.

Suspiria excels at being a visual treat for the eyes, similarly to the original, however this film will not be for everyone. Firstly the film’s length could be an issue. With a running time of 2 hours and 32 minutes (an hour over the original), this film can sometimes drag. Secondly, Suspiria focuses more on building dread and suspense instead of having typical jump scares which I actually prefer. Others will think of this as eye-catching but slowly manifests itself as something erratic, confusing, and withheld. This will be a very polarizing movie like mother! was last year.

Overall this has been one of the most stunning films I’ve seen all year, and coming from Guadagnino, I am unsurprised. The pros of this film, for me at least heavily outweigh the cons. I am eager to re-watch this as there’s probably somethings I’ve missed. While walking out of the theater you’ll be thinking, what was that. Those, like myself, who choose to just indulge in this will find the experience a visceral and visual delight.