‘Maria By Callas’ Tells Her Own Story - Will's Review 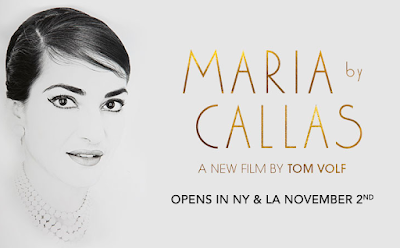 Read Will's review of Maria By Callas. Told through performances, TV interviews, home movies, family photographs, private letters and unpublished memoirs—nearly all of which have never been shown to the public—the film reveals the essence of an extraordinary woman who rose from humble beginnings in New York City to become a glamorous international superstar and one of the greatest artists of all time. 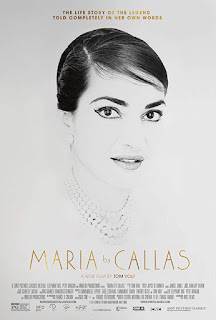 Maria By Callas is in select theaters on November 2nd, 2018.

So it may look like a standard documentary/biopic but ‘Maria By Callas’ presents an interesting spin on the documentary format by relying on videos of Maria herself. There are no interviews with family members or others and there is no narrator to present facts per se. Instead, the interviews are of Callas herself who was extensively covered in the media throughout her career. The voiceover providing the narrative is Opera singer Joyce DiDonato (who, in the film, is the voice of Maria’s letters).

Before going into this documentary, I had no prior knowledge of Maria Callas by name. When I heard her voice though, that’s when I instantly thought I recognized this voice. Her voice/songs is one of the most recognized in opera and is used in lots of places like commercials, choreography, and movies. After watching the documentary, I was impressed by what director Tom Volf was able to do with all of the footage. After traveling around the world getting interviews Volf realized that the footage he was given could tell the story better than he could with interviews. It’s her story told through Maria Callas’ words with archival footage. I never knew that Callas was American and that she is of Greek decent. The documentary also chronicles her well known opera pieces. I knew her voice was powerful but I didn’t realize how effortless it seemed when she sang and how adored she was as a performer.

I appreciate that this documentary is told in this unique way because the archival footage look painstakingly restored. The images look clear and when it gets to Maria’s performances, the sound is great. Since it is only using footage collected from family and friends, the story is limited in what it can say. So to solve for that, he used letters and memoirs to help tell the story. It’s a two hour runtime so it definitely felt a little long and would be one of my few issues.

She was a worldwide sensation back in her day and even decades after her death, she is still considered a phenomenon to this day. If you’re a fan of opera, Maria Callas or music in general, definitely check this one out.