'The Hate U Give' The meaning behind “Thug Life” - Anthony's Review 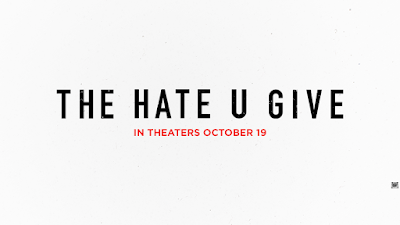 Read Anthony's review of The Hate U Give. Starr Carter is constantly switching between two worlds: the poor, mostly black, neighborhood where she lives and the rich, mostly white, prep school she attends. The uneasy balance between these worlds is shattered when Starr witnesses the fatal shooting of her childhood best friend Khalil at the hands of a police officer. Now, facing pressures from all sides of the community, Starr must find her voice and stand up for what's right. THE HATE U GIVE is based on the critically acclaimed New York Times bestseller by Angie Thomas and stars Amandla Stenberg as Starr, with Regina Hall, Russell Hornsby, Issa Rae, KJ Apa, Algee Smith, Sabrina Carpenter, Common and Anthony Mackie. 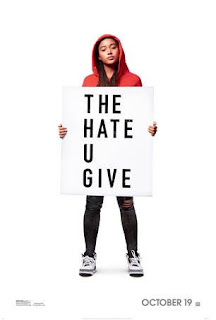 Starr witnesses the fatal shooting of her childhood best friend Khalil at the hands of a police officer. Now, facing pressure from all sides of the community, Starr must find her voice and stand up for what's right.

This movie had a lot of ups and downs. To start with, narration is always kind of looked at as a negative thing and this movie didn’t really do much to try and change that perception. We were just kind of spoon fed the story at the beginning however it does have some interesting takes.

For example, this film does a phenomenal job at showing how the media likes to flip and spin stories to suit certain agendas. It also showed how drugs were brought into Black communities during a time when Black people didn’t really have the means to acquire them. What I’m getting at by all of this is that this film is very educational. And conveys those lessons in a very effective way.

There were a few moments where the script was kind of cringy. A bunch of White kids trying to talk Black because they think it’s “cool.” But as far as the message trying to be conveyed to the viewer at the time, it worked. I just wish it could’ve been done without making me react with so much of an “ew” face.

The acting from Starr, played by Amandla Stenberg, was a little rough early on. But once we saw her first crying scene her performance was definitely stepped up from there. Also her parents, Lisa and Maverick carter, played by Regina Hall and Russell Hornsby, chemistry was absolutely amazing. Cute and sappy when you wanted it, and strong and powerful when you needed it. All of them had a rather spectacular performance.

Probably the most important quality this film had was the emotion in it. It’s a heartbreaking film honestly. But not nearly as heartbreaking as the events that had to of inspired the making of this movie.

I feel like this is a really great educational movie. Some of the technical aspects may be lacking slightly but overall the emotion and impact this movie have are worth the watch.